NFOL 2012 cancelled due to bad weather 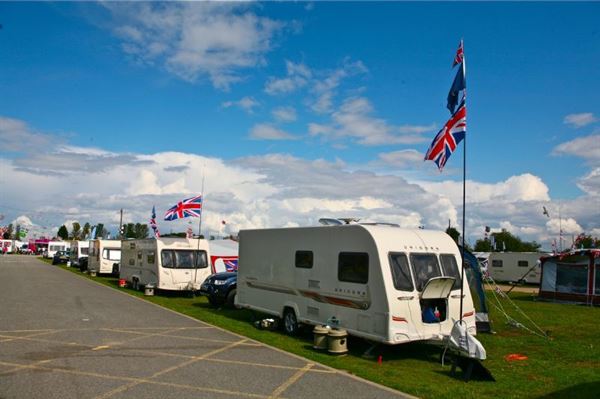 The Camping and Caravanning Club has announced the cancellation of its annual national camping rally, the National Feast of Lanterns, due to adverse weather conditions.

The continued rainfall has waterlogged the temporary campsite at Long Newton Grange in Stockton on Tees and made it inaccessible to vehicles. The Club has reported that it's almost impossible for any of the infrastructure needed to create the campsite and its entertainment facilities to be installed on site.

Disappointed at the outcome, chair of the 2012 NFOL Organising Committee, Stuart Inness, commented: "We've dedicated four years towards planning this event and we're absolutely devastated, however we've got to consider the safety of members.

"Hundreds of campers from across the country had pre-booked a pitch, so we had to make the decision to cancel the rally, earlier rather than later, in order to cause minimum disruption to holiday plans."

The Club's director general, Robert Louden, added: "The National Feat of Lanterns has been running for many years so it's such a shame we will not be able to celebrate this Club tradition in 2012. However, the safety of our campers is paramount.

"I'd personally like to thank the members of the 2012 NFOL Organising Committee for their efforts and professionalism; we appreciate the work that has gone into organising such a large event, it's just unfortunate we've had such unpredictable weather."

Everyone who has pre-booked a pitch at the rally will receive a full refund. For more information and updates on the cancellation, visit nfol2012.org.uk