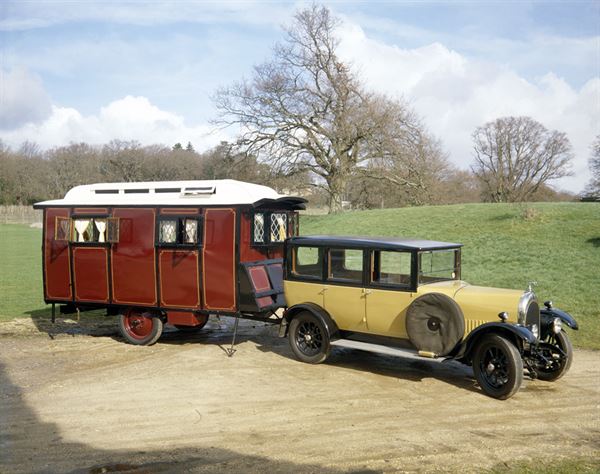 Learn about the caravanning revolution following the First World War, in partnership with the Caravan Club


Created as part of a two-year First World War commemorative project, The National Motor Museum Trust in Beaulieu is hosting a new display on leisure motoring that's set to explore how social and technological developments during the devastating conflict led to a decade of revolution in the holiday industry that we love.

Caravans and Charabancs – Leisure Motoring After the First World War uses new research, available for the first time, to uncover the history of touring we know today.

Angela Willis, curator of The Caravan Club Collection, tells Caravan magazine more: "The display focuses on untold aspects of the history of caravanning and the origins of the modern coach trip.

"I believe many visitors will be surprised to discover the direct impact which developments in motoring technology during the First World War had on the caravan industry in the years that followed. In fact, one of the first trailer caravans designed to be towed by a motor car was built from surplus First World War aircraft material in 1919.

"A real highlight is a redisplay of the Museum’s 1926 Eccles caravan, one of only a few caravans of this period which can be seen on display in a UK Museum.

"Thanks to funding from the Heritage Lottery Fund we have been able to purchase new items to display in the caravan, giving a real flavour of holidaying in the 1920s."

Caravans and Charabancs has been developed in partnership with The Caravan Club. The exhibition is running until early 2016.


Go to the Caravan magazine homepage