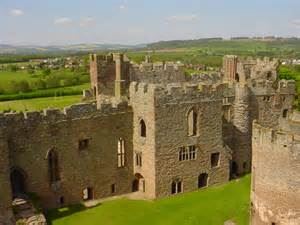 Billed as a horror thriller with a hint of black comedy, a modern take on the iconic vampire horror story, Dracula 2015 – Killer on the Catwalk, will see cinema star and Bond legend George Lazenby and James Tratas travel to Shropshire for filming at a number of locations around the county.

Having previously decided to shoot the scenes in Hungary, producers of the film changed their minds and choose locations such as Ludlow castle (pictured), Bridgnorth, Arley, Much Wenlock, Aldenham Park, and possibly the Severn Valley Railway, depending on ongoing talks.

Morris Leisure's parks are ideal for caravan fans looking to explore the area, particularly Stanmore Hall Touring Park and Ludlow Touring Park. Morris Leisure director, Edward Goddard, said: "It's fantastic news that film makers have chosen Shropshire. it's a beautiful county and has so much to offer. Shown to a global audience, the film will really promote the area."