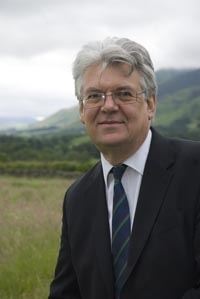 THE Camping and Caravanning Club has appointed Robert Louden as its Director General.

Mr Louden has been with the club for 12 years, starting as Director of Administration with responsibilities for membership, IT, marketing, public relations and office services.

His role expanded to Director of Operations and in 2006 he was appointed Deputy Director General.

He replaces David Welsford, who died on November 8 after a long illness.

Speaking of his latest appointment, Mr Louden said: “I look forward to being able to continue the excellent work that David Welsford oversaw and to taking the club even further forward in its aim - to help everyone share the adventure of the outdoors.”

Club Chairman Nev Ramsbottom commented: “Robert is already an instrumental part of our organisation and has helped us to make the club what it is today. We are extremely confident that Robert will continue to make sure that we remain focussed, friendly and dedicated to getting the best sites, deals and information for our members.”