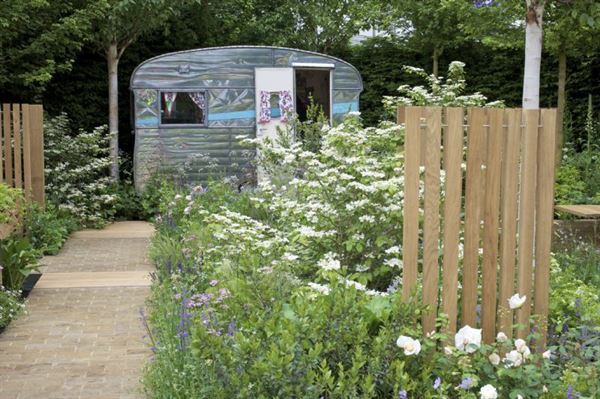 Sponsored by The Caravan Club for a flower show first, designer Jo Thompson is celebrating caravanning by putting a touring twist on the traditional cottage garden for The RHS Chelsea Flower Show this year.

The 2012 show takes place until Sunday 26 May and Jo is using a 1950s aluminium caravan, called Doris, as her inspiration for the garden's focal feature. The two-berth horticultural holiday option is set to evoke the very best of what a break in Britain means, with the latest colours and planting trends combined with what is seen to be a very British pastime.

Recently tipped as a designer of the moment, Jo has received an abundance of awards including a cold medal and Best Urban Garden in Show at Chelsea in 2010 and The Best Rural Garden award in the New Homes and Gardens Awards 2011. Jo decided on the design following her caravanning experiences with her children last year.

For more information on Jo Thompson, The Caravan Club or The Chelsea Flower Show, visit their websites.