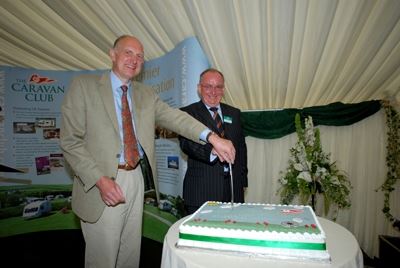 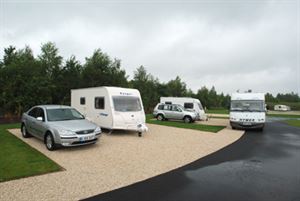 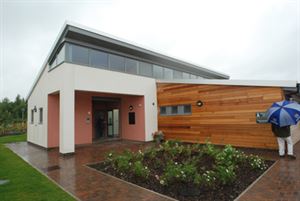 THE Caravan Club's latest campsite - Poolsbrook in Derbyshire - has opened for business and is said to be the UK's greenest campsite.

The opening ceremony was hosted by celebrity Simon Groom, who is best known for being a former Blue Peter presenter. He is also the owner of a five-pitch farm CL and a keen exponent of the camping market.

The site itself was developed on a brownfield site on a former colliery and aims to showcase all the current green technology in one site. Large photo-voltaic cells on the roofs of the on-site buildings produce 2.4kW of energy and contribute towards the campsites energy generation.

The water used in the shower blocks and warden's buildings is heated by solar water panels on the roof, while a clever underground heat-recovery system removes the heat from the ground and uses it to provide underfloor heating for all the on-site buildings. The pump powering it consumes 1kW, yet the system generates over 4kW of heat output making it incredibly efficient.

Even the hot air produced in the showers is reclaimed via a clever heat-transfer system, while the grey waste water is recycled, filtered and then used to flush the toilets and urinals.

Thanks to highly efficient insulation, once heated, the on-site buildings retain heat well and automatic low-energy lighting automatically switches on when you enter a particular area (it switches off when you leave to avoid wasting energy).

To make the site even more sustainable, a wind turbine - expected to contribute an extra 1kW of energy - is due to be erected on the site shortly.

Wherever you look on the site, a great deal of thought and modern engineering technology has gone into making this site as green as possible.

The best news, though, is that the 86-pitch site itself wants for nothing, with campers having large hardstanding pitches benefiting from 16amp electric hook-ups. The toilet block is first-rate and the 'green technology' works so seamlessly that you're not even aware that it's there. 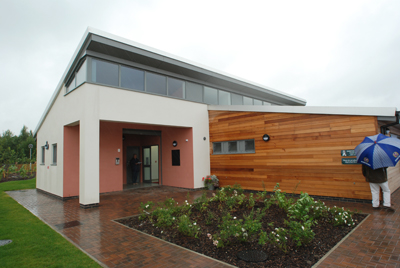 The site is slightly elevated and the nearby Poolsbrook country park has a café that offers a great view of a lake. Together with the Caravan Club's Ramslade site - which is trialling a clever rain-water reclaiming system - Poolsbrook shows the future of sustainable campsites. It's open from 14 March to 10 November.