A caravan holiday to see the sensational subtleties of Suffolk 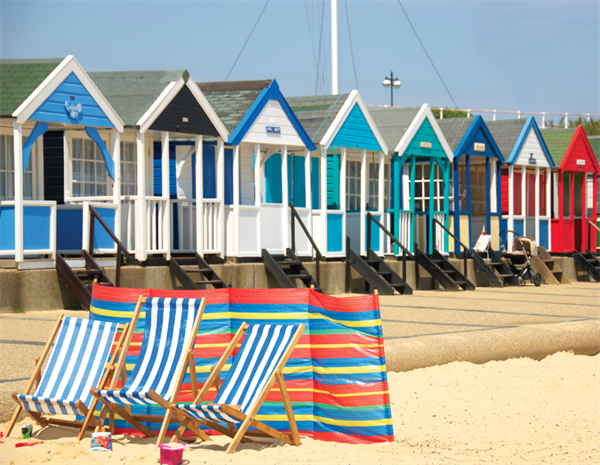 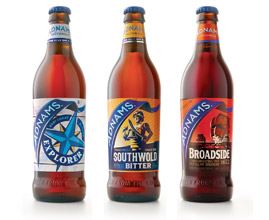 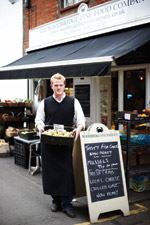 Noisy neighbour Norfolk often gets the most attention, but Suffolk's stacked with surprises too


Caravan magazine contributor Susie Kearley heads south east to seek out Suffolk's secrets. For the full feature, read the June issue or get the best deal on Caravan magazine here.

Southwold is a beautiful little town, perhaps best known for its lighthouse, which is a surprising sight, standing tall in the middle of the town amid a row of houses. It dates from 1889, when it was built to replace three other local lighthouses threatened by coastal erosion. Today, Southwold Lighthouse has a visitor centre and offers guided tours.

Inside, you’ll learn all about the history and changing technologies of the lighthouse over the decades, from six-wick oil burner to oil-fired light, petroleum burner and, finally, in 1938, an electrified and automated light. In 2012 the light’s range was increased from 17 to 24 nautical miles, pending the decommissioning of the Orfordness lighthouse.

It stands 31m high, offering good views over the coast and town.

Local brewery, Adnams, has named a pale ale after it – Lighthouse – in recognition of the landmark. 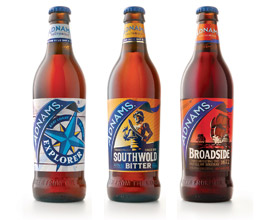 Southwold is the home of the Adnams brewery. Established in 1872, it has 74 pubs, five hotels, 10 Cellar and Kitchen retail stores, and more than 2000 stockists nationwide.

The brewery is located inside a Victorian building, but that’s where the similarities to Victorian brewing end. Today, Adnams is one of the most modern, environmentally friendly breweries in the UK. It has systems that enable it to use less water and less power than is industry standard. It also has an anaerobic digester, which generates electricity from its waste. This is fed back into the national grid.

As a visitor to Adnams, you can book onto a guided tour, where you’ll get to see the brewery, the distillery, how the beers and spirits are made, and even create your own gin!

Visit the Blackshore harbour where you can buy very fresh fish. Then catch a ferry to Walberswick, across the River Blyth. Walberswick is in an Area of Outstanding Natural Beauty and offers shops, cafés, pubs and galleries to explore, plus an old parish church, beaches, marshes, and heathland. Until 2010 it was host to the British Open Crabbing Championships.

Southwold is also known for its long sandy beaches, art galleries, shopping, food and drink, and its rows of colourful beach huts, as well as the pier.

Visit the pier and you’ll find many holiday favourites including the House of Games amusement arcade; The Water Clock, which teaches kids about water recycling; the Under the Pier Show, with its weird and wonderful exhibits; and plenty of quality places to eat and shop.

You can buy fresh fish and lobsters on the seafront, see the RNLI lifeboat, and admire a remarkable beach sculpture called The Scallop, celebrating the life of local composer, the late Benjamin Britten. For rainy days, there’s Aldeburgh museum, which tells you about the town’s ancient history, from the Romans and Anglo-Saxons, to the Aldeburgh witches. There’s even a lake for model boats. 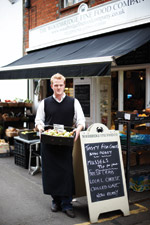 Inland a few miles, towards Ipswich, is Woodbridge. This pretty town is home to some unusual architecture, including The Tide Mill, an ancient building that has become symbolic of the town. Records of the Mill date back to the 12th century, but the current building may have been reconstructed by the Augustinian monks before the Dissolution of the Monasteries.

Look out, too, across the road, for the 16th century pub, Ye Olde Bell & Steelyard, which has a shed-like structure protruding from its upper floors. Back in the 17th century, this structure was used as a weighing machine, called a ‘steelyard’. It was put in place in about 1680, when a new Road Traffic Act was passed to discourage wagon owners from carrying loads that exceeded 2.5 tonnes, because they damaged the roads.

Woodbridge offers plenty of opportunities to enjoy fine dining and light refreshments at its many eateries. Treat yourself to afternoon tea at Tudor Seckford Hall.

We stop at the beautiful Dell Caravan Park in Thurston and visit Lackford Lakes, a nature reserve near the campsite. It’s home to egrets, flocks of wild geese, herons, cormorants, and other wildlife. We follow the visitor route around the lakes and spy dozens of fresh, juicy blackberries. We sample a few, and then a few more, until I get a nasty sting on my finger. I lose my appetite after that!

We keep walking, looking out for wildlife. The nature reserve is described as a ‘mosaic of lakes’. There are certainly plenty of them. It was formed from an old gravel-works in 2000 when the site was donated to the Suffolk Wildlife Trust. Now there’s a network of hides and footpaths for visitors to explore and enjoy.

The following day we visit Ickworth, a beautiful stately home with gardens and a magnificent rotunda. The building was designed for Frederick Hervey, 4th Earl of Bristol, in 1795 because he wanted a museum to house the treasures he brought back from his Grand Tours of Europe. However, the building wasn’t completed until 1841 – 38 years after his death!

The house is set in an idyllic estate, with a bluebell meadow and ornate gardens. The Italian garden, created in 1821, was the earliest of its kind in England. There are two stumperies, which come as an unexpected delight. These shady gardens, littered with tree stumps, are designed to create a magical, fairytale feel. They also attract wildlife, including slow worms and stag beetles.

There’s an Anglo-Saxon village a few miles away from our caravan site. In about 420AD, a tribe of Anglo-Saxons built the village, at Stow. In their language, translated as ‘a special place’. The village that stands today is a reconstruction of the 5th century settlement.

In the museum and in the exhibition at the entrance you’ll see Roman tools and ornaments, Iron Age pots and weapons, and Mesolithic flint arrowheads.

In the shop you can buy some fascinating books on Middle Earth and Anglo-Saxon life. You can even take home souvenir replicas of historic artefacts.

For more information on things to do in Suffolk, visit the Suffolk Tourist Guide website.


Go to the Caravan magazine homepage