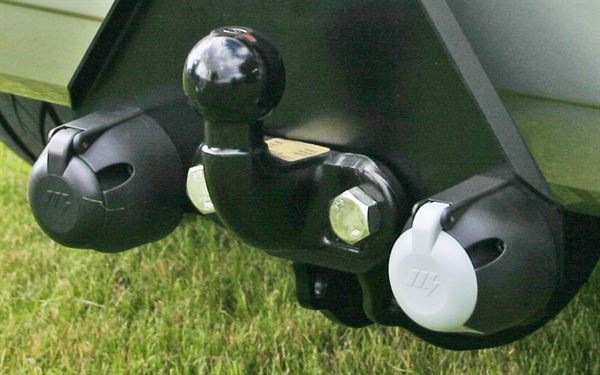 Our technical writer, Terry Owen, guides you on how to choose the right towbar for your needs and what’s involved in electrical connections.

Fixed towball vs. detachable vs. retractable 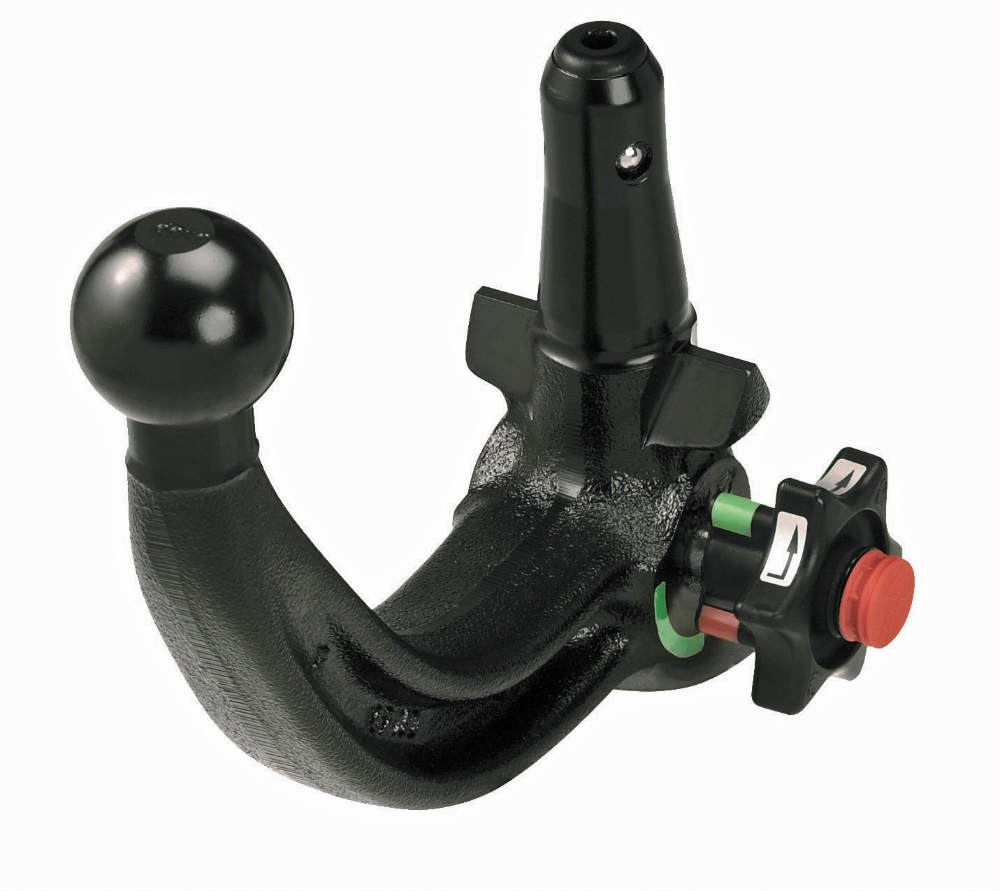 Towbars with fixed towballs are often cheapest and are easy to use as there is nothing to deploy. Detachable types look neater if you can be bothered to remove the towball when not in use. Beware that, if you don't remove it, thieves might. Thefts of detachable towballs are becoming a problem in some areas.

For the ultimate in neatness and convenience, you may wish to consider a towbar with a retractable towball. These swivel out of the way when not in use leaving little or nothing to be seen. The swivel action may be manual or electrically driven. Some of the latter have proved unreliable. 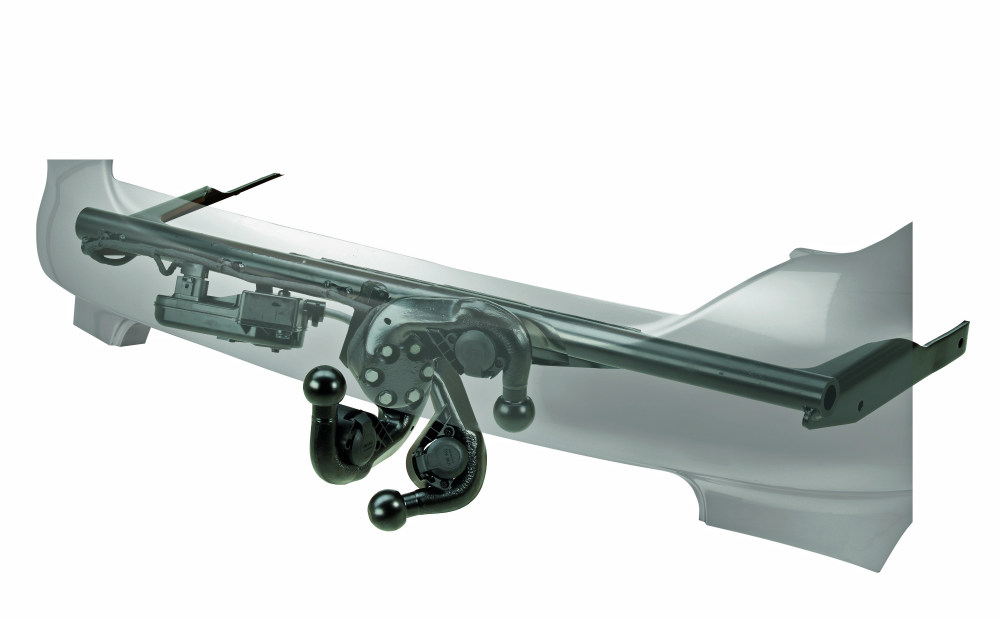 AL-KO's AKS stabilisers are quite bulky requiring flange mounted towballs to have an extended neck to provide the clearance for the stabiliser head to rotate. This is not normally a problem with swan neck type towballs. 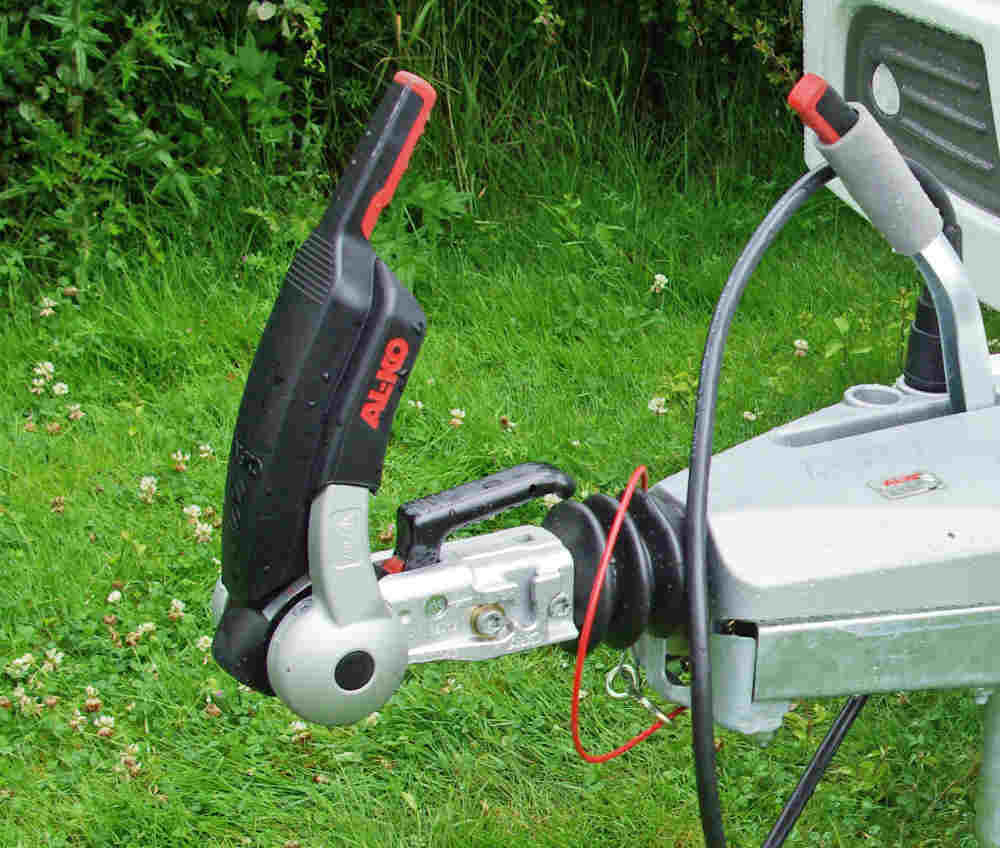 Above: AL-KO's AKS stabiliser hitch takes up more room than a standard hitch 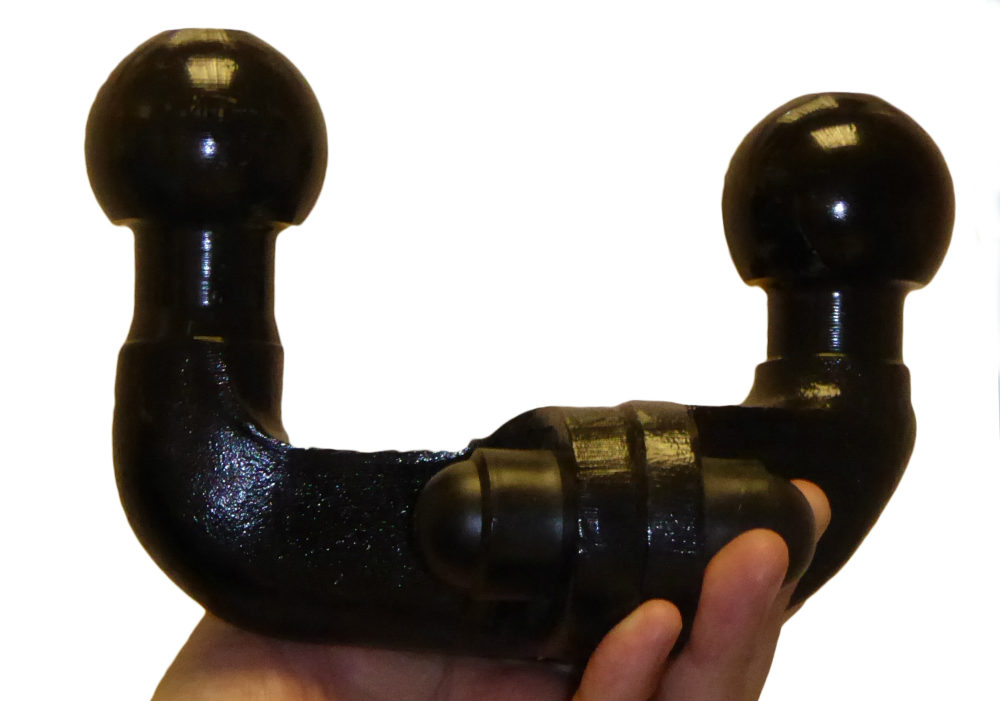 Above:  AL-KO's extended neck towball (left) alongside a normal one

With so many towbars on the market, it can be difficult to know where to start. Witter's website is as good a place as anywhere. You can just enter your car registration number and see what Witter has to offer. 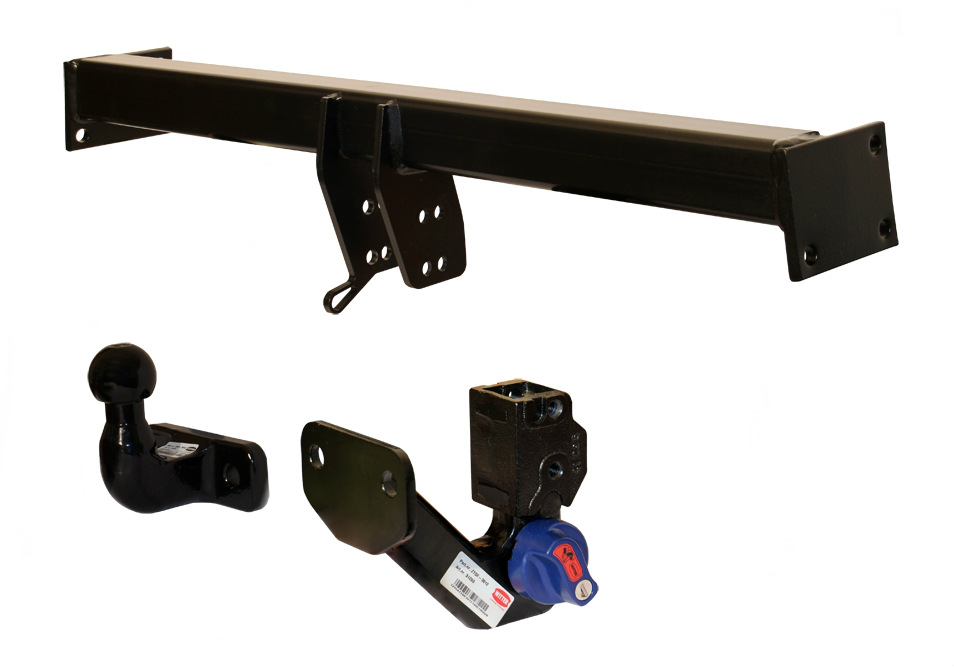 If you don't know what you want, there are several other manufacturers to check out (see below), or you could go to an independent specialist such as PF Jones. They stock some 10,000 towbars of different makes and have vast experience in the field. In common with many other suppliers, they will arrange for a towbar to be fitted at your home or place of work.

Two types of electric kit are available - vehicle specific and bypass. As the name implies the former are made to suit specific vehicles and, in conjunction with the coding of the car's ECU (see below), enable the vehicle to know when a caravan or trailer is attached and to modify its behaviour accordingly. 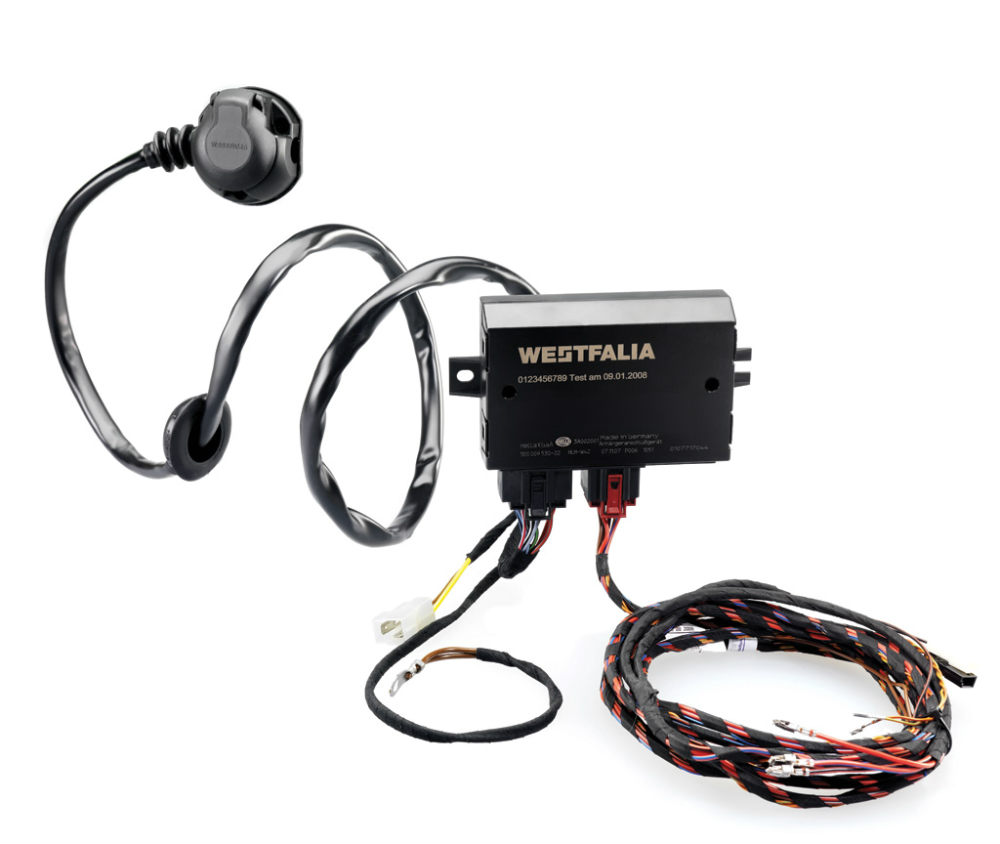 From September 2008 all UK built caravans adopted the single 13 pin plug that had been standard on the Continent for some years. The 13 pin 'plug-and-socket' is engineered to a higher standard than the old twin plug system and is less likely to be affected by pin burn or water ingress. 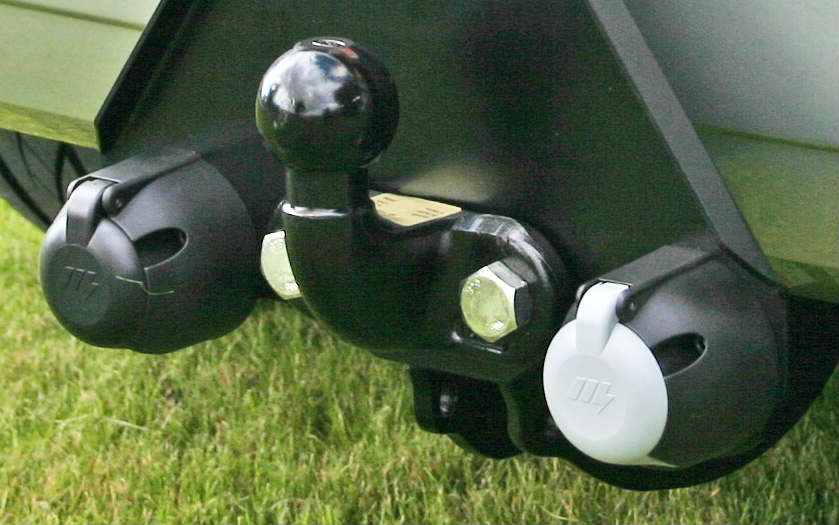 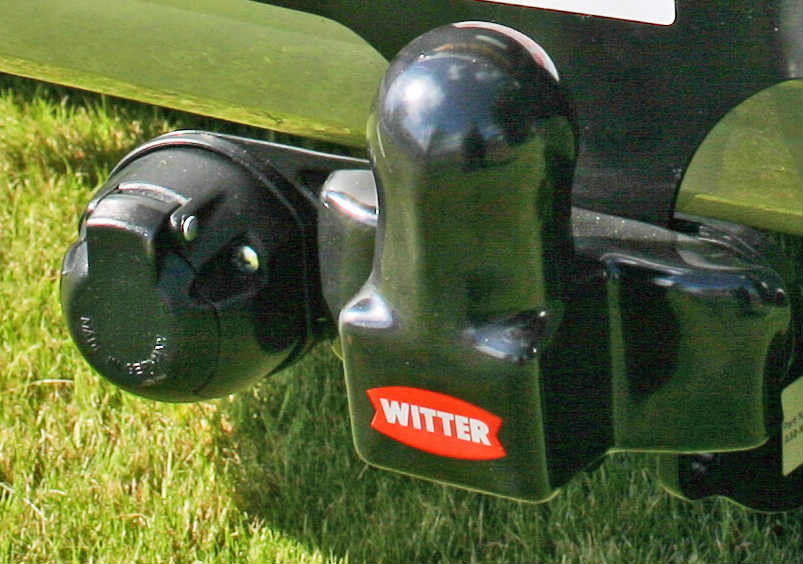 For these reasons is makes sense to go for a 13 pin set up. If you need to tow a caravan with twin electrics, adapters are readily available.

When a vehicle specific kit is fitted it is normal for the car's ECU (electronic control computer) to be reprogrammed accordingly. In this way, the car knows when it is being required to tow and can modify the responses of items such as the ABS, vehicle and trailer stability programs, ride height and transmission.

The operation is performed by the towbar fitter using a particular device plugged into the vehicle's OBD (on-board diagnostic) port. 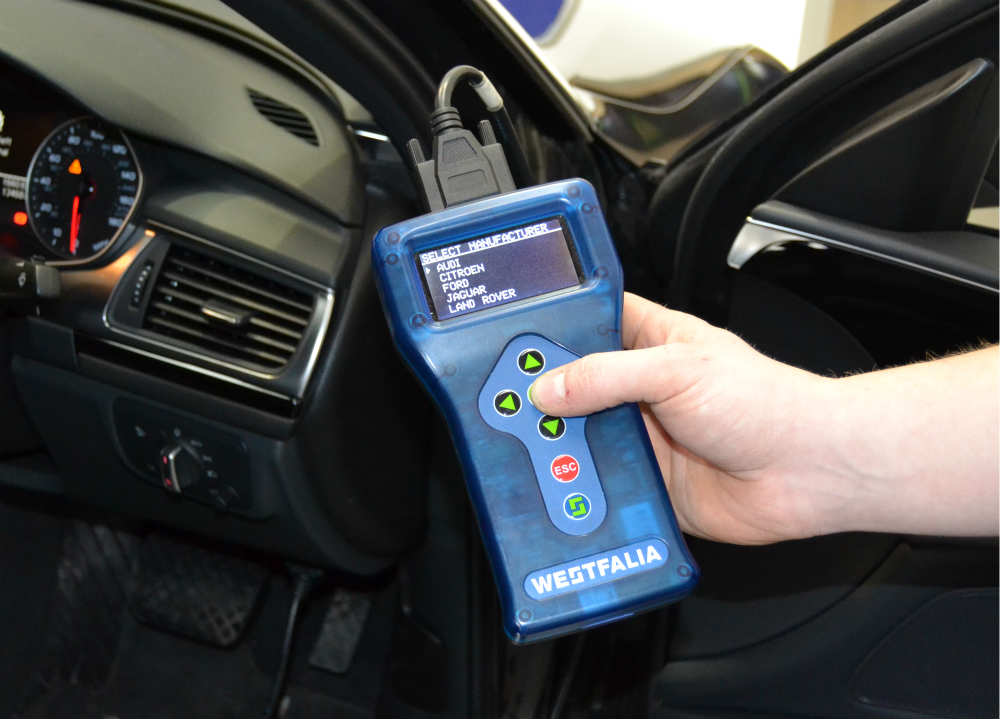 A car's ECU is updated using this device from Westfalia

A small number of vehicles do not require this reprogramming. The latest Range Rover is one.

LED lights look the part but can cause compatibility problems

Caravans with LED rear lights may give unpredictable results when used with tow vehicles fitted with vehicle-specific wiring kits. This is because the current taken by the LED lights is so small the vehicle may not be able to detect them.

Until you plug the caravan into the car, you've no way of knowing what will happen. Generally speaking, cars which themselves have LED rear lights don't have a problem, but there's no guarantee.

If problems do arise, the first port of call should be the caravan dealer. There may be a modification that can be fitted to cure the problem.

While it's possible for a competent DIY person to fit a towbar it's not recommended. Apart from the issues with electrics mentioned above, the tow vehicle may require a significant dismantling of the rear bumper and crash beam, not to mention other items.

Modern tow bars take the place of and perform the same function as the car's rear crash beam. When you have a towbar fitted you might wish to ask for the crash beam to be returned to you. This will then allow the car to be returned to its original condition, for example by a new owner. 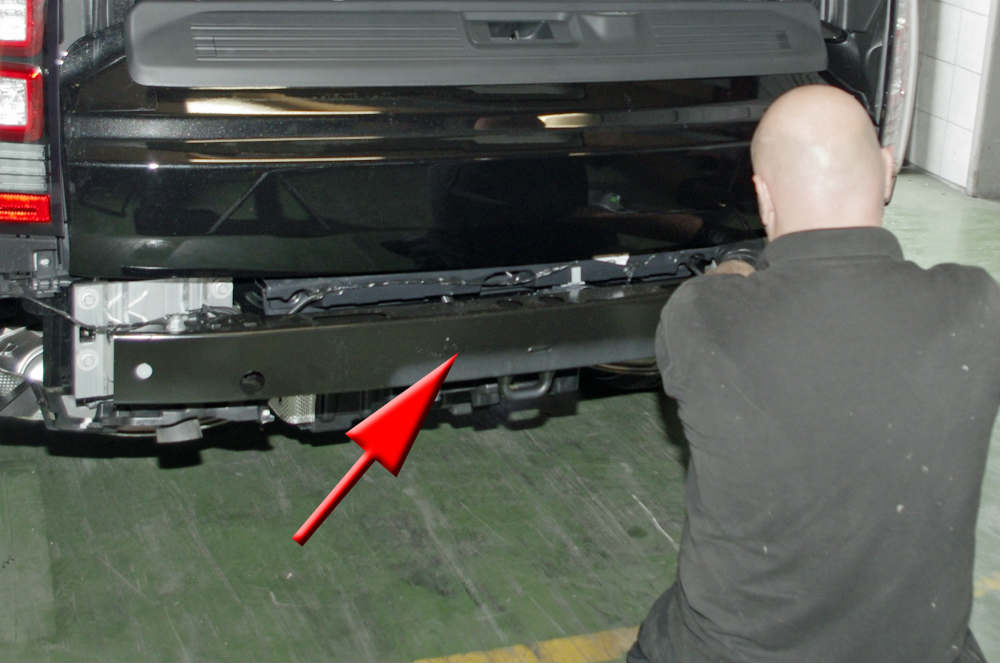 A rear crash beam being readied for removal

Further information on equipping your new towcar with a towbar click here.