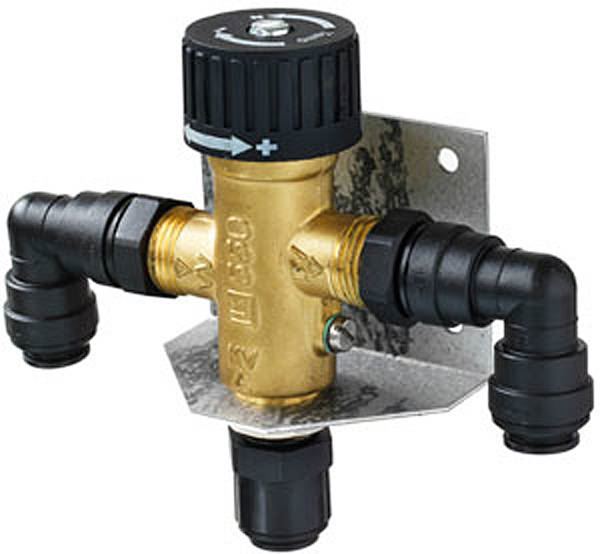 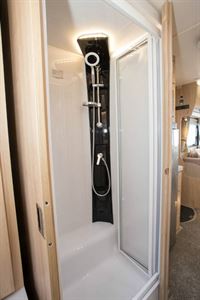 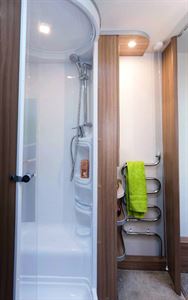 DIY: caravanning projects to try yourself


Fitting a Thermostatic Mixer to your hot water system in your caravan guarantees comfortable and safe showering.

Anyone who's ever showered in a caravan will know how tricky it can be to get the temperature just right. What's more, turning the shower on and off to save water just makes things worse. This is especially true with pressure-switched systems, where a buildup of pressure in the water heater can lead to a surge of hot water when switching on.

Anything above 50°C can feel uncomfortable or even cause scalding, especially with children. The solution is to install a thermostatic mixer valve. This mixes cold water as needed with the hot to make sure that a set temperature is not exceeded.

Interestingly the fitment of thermostatic mixers to showers in static caravans is a legal requirement, as indeed it is for baths and showers in new dwellings. They must be set to 48°C, plus or minus two degrees.

At around £100, neither valve is cheap, but they are easy to transfer to a new caravan.

The first thing to do is to source a suitable thermostatic mixer. We chose one from Whale (part number WX1599B) because it was easy to add the 12mm push-fit connections for the semi rigid tubing in our caravan. Equally, we could have chosen a mixer valve from Alde (part number 3102-002), which already has these connections. At around £100, neither valve is cheap, but they are easy to transfer to a new caravan.

The next step was to work out how to plumb it in. The pipework close to the shower was difficult to access but the pipework feeding the rear washroom passed through a void under the fridge freezer and was easy to get to.

All we had to do was to insert the valve into the hot feed pipe and take a 'T' off the cold pipe to feed the mixer. The whole job took less than 20 minutes, including setting the valve to 48°C. We did have a problem though and that was the hot water would not drain back down through the mixer valve when we tried to empty the system. 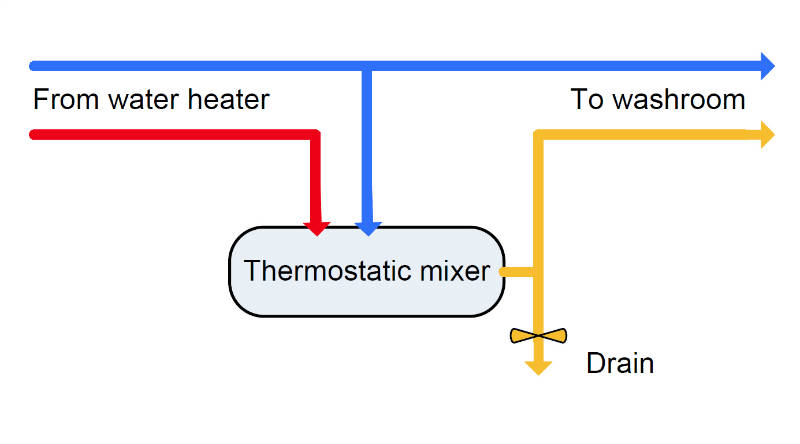 The answer was to install a drain valve and short length of pipe through the floor to outside. It was tempting to use the gas drop out hole for this, but we resisted, and drilled a new hole from underneath so as not to compromise safety. All in all fitting the valve turned out to be a quick job with worthwhile benefits. 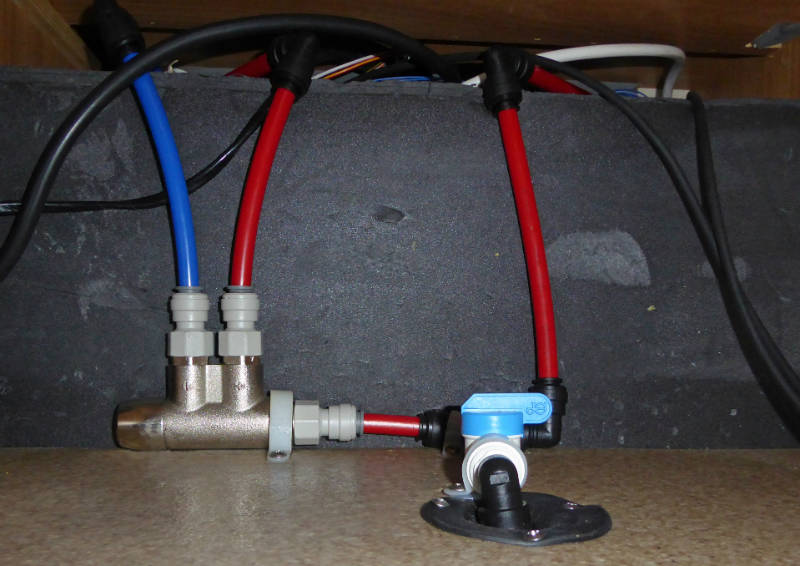 Above: The valve in place and working