Your Tow Car and its Future with Electricity 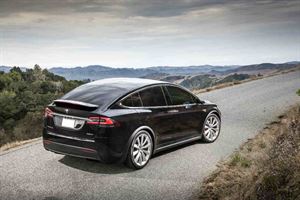 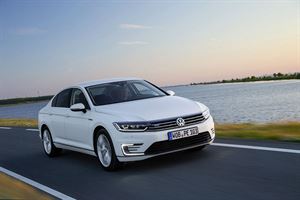 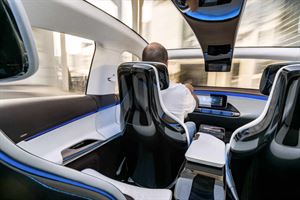 Planning to replace your current tow car with another big diesel 4x4 in the next 12 months? Think again. The future is electric, and it's closer than you think!

​Written by Mark Sutcliffe
​
​The year is 2020, Britain has left the EU, the US courts impeached ex-President Donald J Trump in the wake of multiple corruption allegations and a combination of factors means diesel has rocketed to £2.25 a litre.

The good news for caravanners is that you can buy a three-year-old Land Rover Discovery – a multiple-winner of the Caravan Club's Tow Car of the Year Award, for less than £10,000. The bad news is the reason they're so cheap is that nobody wants them.

At today's pump prices, the 'Disco' costs around £175 to fill up and road tax costs another £750 per year – soon to increase to more than £1000 following HMRC's decision to introduce a Vehicle Excise Duty escalator to discourage car-buyers from buying and running big diesel vehicles.

It sounds like a nightmare scenario for caravanners. But before you hang up your steady winder and put the van up for sale on Ebay, there is light at the end of the tunnel: a set of high-intensity LED headlights powered by a stonking great big battery.

The electric tow car revolution is just around the corner, and it's great news for caravanners.

Why an electric tow car?

Most caravanners opt for diesel for its low-down pulling power, but electric motors are even better – delivering maximum power and torque instantly without any need to rev the engine. Consequently, there is no need for a gearbox, so as well as being silent, the driving characteristics are smooth and seamless – with maximum power and torque on hand for getting past trucks on dual carriageways.

Low-speed manoeuvring is a doddle: there's no need to feather the clutch or build up the revs for a hill start, an electric tow car just pulls away effortlessly with no drama.

Although batteries are getting smaller and lighter, electric vehicles still need a full array of power cells – usually mounted in the floor so as not to compromise luggage space. The number of power cells means the conventional electric or hybrid car weighs significantly more than its internal combustion counterparts – ideal for keeping a big twin axle caravan in check.

It's also worth mentioning here that most petrol and diesel models have been losing weight in recent years as manufacturers seek to make their vehicles more efficient – great for the environment – but not so good for towing.

For example, the previous Volvo XC90 D5 had a kerb weight of 2196kg, but the new version weighs just 2038kg, reducing the MTPLM of the caravan it can tow (at an 85 percent match) to just 1732kg. The latest hybrid version of the XC90 however, weighs a hefty 2321kg – enough to pull an 8ft wide 1950kg Buccaneer Schooner with ease.

So by saving weight, the car-makers' latest models are more frugal than their predecessors – but to the detriment of outright pulling power.

The economy is where hybrids – and in the not-too-distant future – pure electric cars offer the best of both worlds. Volvo's XC90 Twin Engine and the BMW petrol-hybrid X5 hybrid are both capable of offering diesel-beating frugality.

Volvo says the XC90 returns more than 134mpg on the combined cycle – less than half what its diesel stable mate guzzles to cover the same distance and less than a quarter of the petrol version of the big 4x4. CO2 emissions are just 49g/km meaning the large Volvo pays no road tax.

Apparently, laboratory-derived fuel consumption figures need to be taken with a healthy dose of salt when translated to the real world economy, but the improvements in fuel economy more than compensate for the extra weight of the batteries.

Volkswagen's new plug-in hybrid Passat GTE, which the manufacturer rates for towing up to 1600kg, supposedly travels a whopping 166 miles on every gallon and with CO2 emissions of just 39g/km, it too is exempt from road tax.

In the real world, the Passat's actual fuel economy is closer to 65mpg, but with a kerb weight of 1722kg and 295lb ft of torque, on paper, it looks like a fantastic tow car.

Depending on the battery capacity, plug-in hybrids take between 4-8 hours to fully recharge at the cost of between £3 and £5 at today's retail electricity prices. Optimised chargers can halve the recharge time, with next-generation super-fast chargers restoring 80 percent of a battery's charge in less than an hour.

So electric vehicles drive well and save money at the pumps, but perhaps the best reason for switching to touring with an electric car is that you'll never be far away from an electrical hook-up to recharge overnight. 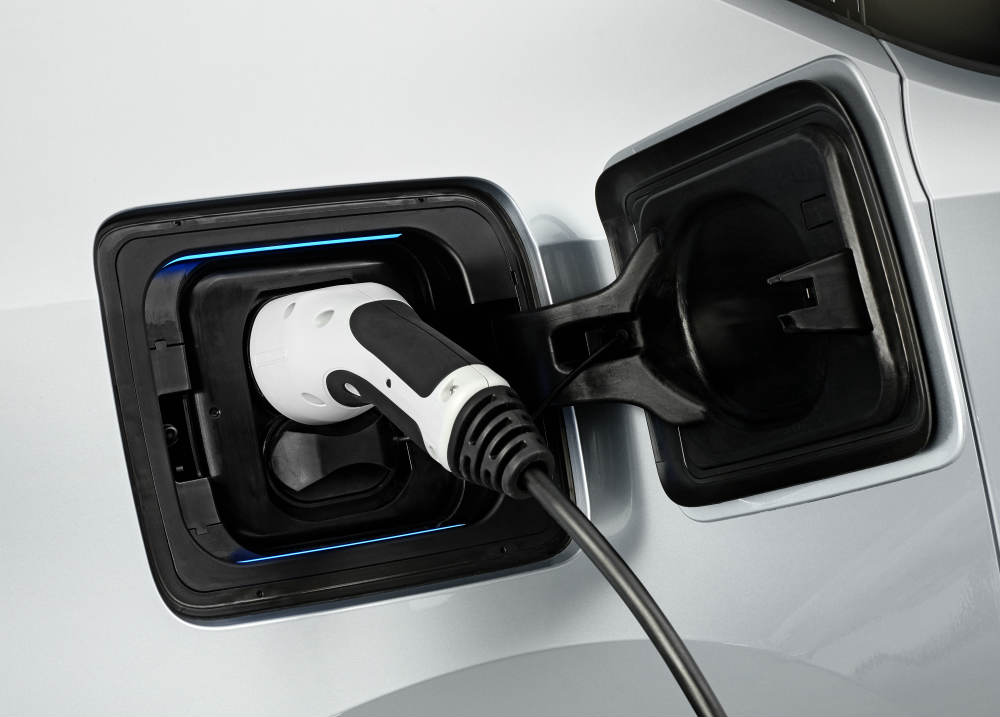 ​The biggest reservation most people have about electric vehicles is what's often called ‘range anxiety' – the constant worry that you could run out of power before reaching a charging point.

For most people, this remains a legitimate concern, and although battery technology is improving apace, all but the most expensive electric vehicles currently struggle to cover 100 miles between charges.

The range issue will change over the next three years, with next-generation electric vehicles comfortably able to cover 250+ miles when they hit the market from 2018 onwards. But until then, for domestic touring, a plug-in hybrid is the most practical form of electric vehicle.

But with ready-made charging infrastructures – often in rural areas where it is otherwise hard to find a charging point – both the Caravan Club and the Camping & Caravanning Club are actively exploring the implications and opportunities of a gradual switch to electric power.

Except during peak periods, most campsites have adequate excess charging capacity – although some operators are already pointing out that they may need to start charging extra for electric caravanners to charge their car as well as their ‘van!

Technical manager at the Caravan & Motorhome Club Martin Spencer said: "For electric towcars, the Club's existing mains electrical hook-up infrastructure has the potential to be adapted to provide off-peak (overnight, much of the daytime) vehicle charging.

"It's likely that as electric vehicles become more common, onsite charging would become a paid option with site fees. While the industry needs to address such practical issues, the potential for vehicle charging on Club sites is clear – with more than 25,000 hook-up points, largely in rural areas, the Club is ideally positioned to complement private and public charging points in the future."

And it turns out that when it comes to the engine technology, Martin's also a bit of a fan of electric cars: "Hybrid vehicles are already with us in significant numbers and are likely to be around for a while as a means of achieving improved fuel efficiency and emissions.

"In principle, the performance characteristics of electric vehicles are ideally suited to towing. Electric motors produce their highest torque output from a standstill, making them excellent at getting a heavy towed load moving.

Electric cars don't tend to need multispeed gearboxes, meaning no loss of impetus while accelerating, no risk of getting caught out in the ‘wrong' gear, and no clutch to wear out And low-speed manoeuvring when towing is remarkably straightforward.

"Even with anticipated improvement in battery technology, it's likely the all-up weight of a family-sized electric car will continue to be reasonably high, which can help keep a trailer under control at speed."

Growth in popularity of EVs

​Ever since the Government announced cash incentives for switching to an electric or hybrid vehicle, sales of Alternatively Fuelled Vehicles (AFVs) in Britain have been accelerating.

The Government underlined its commitment to electric vehicles in the Chancellor's autumn statement, with more incentives for fleet operators and company car drivers to switch to battery cars and hybrids.

Many of the traditional carmakers have been slow to embrace electric technology, but the entry of huge technology companies into the automotive arena promises a seismic shift away from the status quo over the next decade, threatening the sort of disruption that has seen established and dominant players in other markets swept aside.

Newcomers like Apple, Google, Dyson and Tesla, have no affinity with the oil industry and are forcing established vehicle manufacturers to wean themselves off hydrocarbons and reduce their dependency on the oil industry.

In fact, some experts are predicting that electric power could be the dominant form of propulsion for all new cars sold in the UK as early as 2027, with more than 1.3m electric cars registered each year.

The Future: dramatic improvements in battery power and range

Even after the Government Plug-in Electric Car Grant is subtracted from the list price, currently electric and hybrid vehicles still cost significantly more than their conventional counterparts – although the lower fuel costs offset some of the premium.

Although it will reportedly tow up to 5000kg, the forthcoming Tesla Model X also comes with a £80,000 price tag and even hybrid SUVs from Volvo and BMW top the £50,000 mark easily.

Leading electric car manufacturers are currently pushing to hit a sweet spot on technology and price: a £26,000 car that can travel more than 200 miles; but within five years, those benchmarks are likely to be closer to £22,500 and 300 miles.

Peugeot-Citroen will launch 11 electric Citroën, Peugeot and DS vehicles in Europe within the next five years. While VW has aspirations to launch 30 new electric models – accounting for 20-25 percent of overall sales by 2025 and Mercedes is poised to market a ‘sub-brand' devoted solely to pure electric vehicles with an initial range of four vehicles available by 2020.

Over the next decade, the pace of battery development will accelerate as the costs of production fall dramatically. Greater efficiencies in the manufacturing process have pulled down the cost of lithium-ion battery packs from $1000 per kilowatt-hour in 2010, to about $350/kWh in 2016 – and these costs will continue to fall.

And on top of reduced fuel costs, there's another electric dividend that few people are aware of: dramatically reduced servicing and maintenance costs. With no gearbox and far fewer moving parts, electric vehicles are far cheaper to maintain, and there is less to go wrong.

With Tesla's stunning Model X due to hit the roads this spring and Jaguar's exciting I-Pace set to rewrite the electric vehicle rulebook when it launches next year, the future for electric vehicles has never looked brighter.

So while ditching the diesel and putting down a deposit for a Tesla Model X may be somewhat premature, it's probably worth bearing in mind that in another four or five years time, trading in an ageing diesel 4x4 with 100,000 towing miles on the clock may prove to be harder than it is today.

Ones to watch: new electric vehicle launches to 2020

Find out what your car can tow with our free Towmatch service!