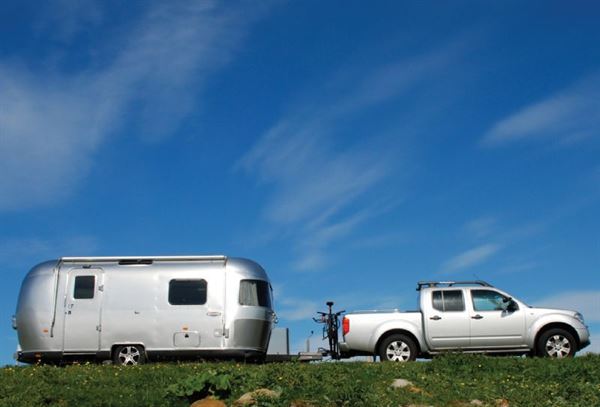 Cool caravanning or pricey pasttime? Airstreams have long been the aspirational entry point to a world of idyllic towing, but often unaffordable or simply not viable as an option. We reveal Airstream's silver secrets...


FOR: An Airstream holds its value for money in an iconic and stylish package.

AGAINST: Critics would argue that Airstreams are simply overweight and overpriced. How can a £60,000 caravan ever represent good value when you can still just about buy a house in some parts of the UK for that?

So what's the advantage?

The romantic will wax lyrical about the iconicity of the Airstream. The pragmatist will ignore all that fluffy nonsense and delight in the longevity of the product, which itself leads to high resale values.

For the UK enthusiast, there are three avenues to explore on the way to Airstream Boulevard. These three options are: EU Airstream, US Airstream, and Vintage Airstream. Each has its pros and cons.

What type of Airstreamer are you?

EU-Spec Airstreams are sold in the UK exclusively by Airstream and Company, based in Cumbria, with a southern depot in Gloucestershire. Buying an EU-spec Airstream appeals to people who don’t want to fuss about importing their own trailer, overseeing a restoration project, or worrying about the lack of UK-based support.

The galvanised chassis of an EU-spec Airstream comes from BPW in Germany. It is sent over in a kit to the Airstream Factory in Jackson Center, Ohio, where it is assembled by hand in readiness for the bodyshell. That bodyshell is manufactured in exactly the same, time-honoured traditional way as any other Airstream. The only slight difference is that the wiring going into the body cavities after the monsoon chamber leak test is British, satisfying the EU’s 220-volt standards.

Instead of going down the ‘furniture fitting’ line like its US cousins, the EU Airstream leaves the factory line as a shell. Panels are wrapped up to protect them, the shower cubicle is placed inside, and the otherwise empty trailer gets shipped by sea, via Liverpool, to Tebay in the Lake District.

At Airstream and Company’s HQ, the interior fitting-out takes place. Bespoke furniture comes over in kit form from Germany, as opposed to the more usual Italian furniture fitted to some UK tourers. Cabinet makers with extensive experience in the caravan industry assemble the interiors. Appliances with which we are all familiar are installed: Alde central heating from Sweden, Dometic fridges from Holland, Thetford cookers and Leisure Furnishings upholstery from the UK.

So that's why the price is high?

All this skill, transportation, and labour contribute to the biggest disadvantage of the EU Airstream – its purchase price, which is substantially higher than that of a comparable model in the US. However, the use of European components makes for a much lighter trailer than its US cousin, offering weights and widths that suit UK-spec cars and UK driver licences.

It is also acknowledged that the Alde central heating system of the European Airstream is superior to the blown-air furnace of the US version. Ultimately, buying an EU Airstream makes sense for anyone wanting to simply hitch-up and go and enjoy the piece of mind that comes with full EU compliance and, of course, full manufacturer support.

British is is better, right?

Regardelss of your views on whether you'd buy one or not, it’s hard not to let your mouth water when perusing the US Airstream website. Enormous trailers offering all mod cons are available in a mind-blowing array of spacious layouts; the ticket price is much lower than EU versions.

Airstreamers who import their own trailers find that the US-spec models suit their particular needs better than the limited range of EU-spec trailers. However, you need to be prepared to do a little research and invest a little effort to make your dream a reality.

Most single-axle American Airstreams are 8ft wide, which of course may be legally towed by a ‘regular’ towcar by a driver with a normal towing licence in the UK. A sticking point can be the crippling noseweights of these trailers, which are generally higher than those of UK caravans.

In addition to minor conversion works (such as adapting the 110V system to work off EU 220V) there are issues to consider, like how you are going to empty the inboard waste water tanks. Grey water can generally go down the motor caravan disposal point, but what about the black water? Decanting black water from an inboard tank into a container to carry to the Elsan point is not as painless, or as odourless, as emptying a Thetford cassette.

Step back in time

Popular even before the current craze for vintage caravans emerged, vintage Airstreams carry a kudos that the more modern versions can only bow down to. Smaller bodyshells (especially of pre-1969 models) allow a wider choice of tow vehicle, and doing a DIY restoration can be the cheapest way of owning your own Airstream.

To remove the risk factor from importing your own vintage Airstream, you can enlist the services of a specialist company such as Vintage Airstreams. Owner Sam Harkness told Caravan that he can help with as much or as little of the process as required, from simply the sourcing and transportation of your ‘new’ old trailer, to delivering the complete works including new floor, refurbished interior, and exterior polish. Some higher-end vintage Airstreams fetch prices not far short of a brand new one, but fans of all things vintage would accept nothing less.

Airstreamers are as diverse as any other caravanner, possibly even more so. At one end of the scale, you will find people who simply want the most expensive caravan that there is, sometimes just to stand in the grounds to act as a playhouse for the children. At the other end of the spectrum, there are the everyday folk such as farmers, truck drivers, and retirees who are nothing short of fully-fledged enthusiasts and let nothing stand between them and their aluminium dream. Homes and children are mortgaged where necessary.

It is this latter group of everyday folk that you’re most likely to encounter in your travels. For the majority of hard-working Airstreamer owners, nothing is better than meeting up on a field somewhere and sitting around a roaring campfire talking about all things aluminium. Or, as I should possibly say, “Aloominum.”