A look back through history with Adria Caravans 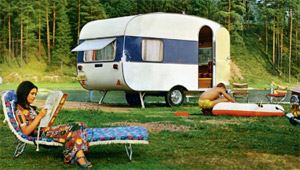 With five decades of inspiring caravan holidays, Adria's 50th anniversary is certainly something to celebrate

The portfolio of Adria caravans has grown from the humble beginnings of caravans for sale, to featuring some of the most exciting products in the industry, as well as becoming a household touring name with over 400 dealers across Europe.

Here’s how the brand has grown from its first sales from Slovenia to Sweden, to the Caravan magazine award-winning massive manufacturer that we know today.

Adria introduced the Adria 375 caravan under the guidance of engineer Martin Sever in August 1965. The prototype was successfully presented at the caravan fair in Stockholm. From the beginning, the Adria slogan was "a light and well equipped caravan at a realistic price." 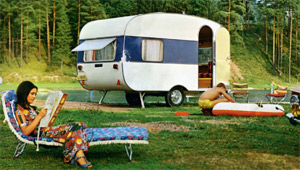 This was the era of the 'blue line' caravans and De Luxe models. The main characteristic of the first generation of caravans was the exterior oval look, which has been a feature of Adria´s caravans since the Opatija in 1966.

The 1976 De Luxe models featured an exterior blue ribbon in the line of windows, which was symbolism for the Adriatic sea and the blueness of the sky. Over time, Adria´s caravans became well known due to this ‘blue line’.

The ’90s saw an important milestone in tourer design with the introduction of the fourth generation of caravans, the Unica series, in 1996.

A year later, 1997, Adria launched its first van conversion and camper vans today are a strong and growing part of the model line-up. The first semi-integrated motorhome – the Coral range in 1999 also represented the new generation of motorhome design.

The turn of the millennium also witnessed a regeneration of caravan design, starting with the introduction of the compact stylish new Action.

In 2005 Adria opened its new state-of-the-art design and manufacturing facilities in Novo mesto, Slovenia. This 150,000 m2 site remains the company HQ and its 40,000m2 production hall remains at the forefront of leading edge, world-class manufacturing.

At the luxury end of the market the new Adria Astella model was introduced in 2012. Adria’s range of caravans has stepped up industry expectations with exciting layouts and a level of indulgence across the ranges that surpass caravanning stereotypes, surprising everyone across forecourts and at shows.