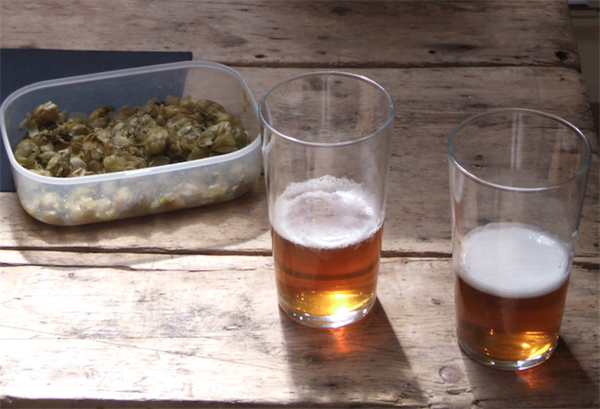 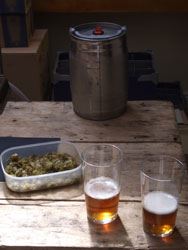 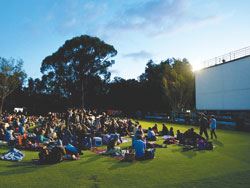 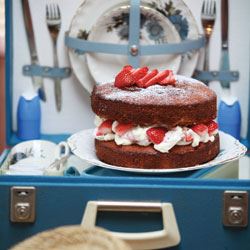 Get an insight into brewing beer, visit an outdoor cinema, discover what's on your doorstep and more on your next caravan holiday


Don't forget to head back to the 50 Things in 2015 homepage for parts one, two, three and five of our activities list, and make sure you match up the trips below with Caravan Club campsites too.

It’s eight miles from the nearest road and if you go much further north-west you’ll be pitching in the Atlantic, but if you’re looking for some peace and quiet it doesn’t get much better than here. An hour-and-a-half’s drive from Inverness, you literally feel as if you’ve arrived at the end of the world (in a good way), so it’s the perfect place to unwind. A caravan pitch is £2.50 per night, plus £5 per adult, £2.50 per child and £3 for hook-up.

If you want to venture even further into the wilds, the alternative community of Scoraig is a stunning five-mile walk along the coast. The tiny village with a population of about 100 people runs entirely on wind power.

On the way up, consider a break at the Caravan Club’s lovely Bunree site at Onich, it’s highly rated online. HS

31 Have a go at bog snorkelling, Llanwrtyd Wells, Powys

Bog snorkelling is a sporting event where competitors have to propel themselves through a water-filled trench in a peat bog using just flipper power and whilst wearing a snorkel. The trench is 60 yards (55m) long and has to be traversed in each direction. Conventional swimming strokes are not allowed, though wetsuits may be worn.

This year the annual competition takes place on 30 August at the Waen Rhydd peat bog near Llanwrtyd Wells in mid-Wales.

The current world record holder is 33-year-old Kirsty Johnson from Guildford in Surrey, who set a time of 1min 22.56sec in 2014. TO 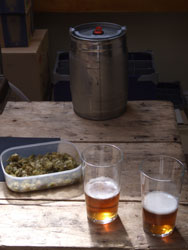 Want to find out more about your favourite tipple? Maybe a brewery tour is for you. Britain has a great beer heritage, it’s said that we have exported our ale to every corner of the known world. And that was before online shopping!

There are many brewery tours across the UK but one of my favourites is at the Wychwood Brewery. Home to Hobgoblin ale, this relatively new brewery has been going for just over 30 years. But don’t let that fool you, these folks really know their mash from their malt!

The guided tour takes you through the brewing process, from raw ingredients to finished product. It also includes a sample (it would be rude not to!) of its flagship and bottled beer ranges. Round off your tour at the brewery shop, which stocks all its beers from single bottles to mixed selection cases. RC


33 Have a blast bodyboarding and surfing, Newquay, Cornwall

Body boarding and surfing are increasingly popular activities and fantastic experiences that keep thousands of people coming back to Cornwall’s beaches every year. At the Newquay Activity Centre the team make it as attainable as possible for all – offering individual lessons through to full coaching weekends they can turn Pointless into Point Break!

A coaching weekend includes beach and ocean tuition, video analysis sessions to fine-tune your technique, and individual goal setting. Everything you need and more for your adrenalin fix! And after a hard day on the surf (or under it), Newquay is a great place to socialise with your fellow bodyboarders and surfers.

Other packages are available including family lessons and a two-hour or so taster. The coaching team are Surf GB qualified and fully insured so you’ll be in safe hands. RC 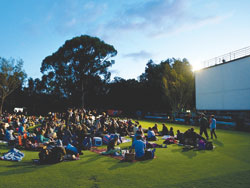 Leeds Castle in Kent is widely regarded to be one of the world’s most beautiful castles, and now, along with a plethora of other venues, it offers the ultimate cinematic experience. Following the success of Luna Cinema’s country-wide tour in 2014, popping up a massive cinema screen at some of the most beautiful spots England has to offer, the show is on again in 2015.

Expect films like Frozen to sing along to with the kids, or leave them with friends to enjoy your own romantic evening under the stars watching Dirty Dancing with your other half. Each venue has its own choice of films and this cinema experience is bound to be coming to somewhere near you or your holiday destination, from about June to October this year. With food and drink available, too, it’s the perfect outdoor experience in a wonderful setting. RC

Take part in a paranormal investigation at The Hell Fire Caves, Buckinghamshire, believed to be haunted by the spirit of a young servant girl who was murdered in the caves, as well as people connected to the notorious 18th century Hell Fire Club.

The Cage at St Osyth in Essex is a former prison, used in the 16th century to hold women accused of witchcraft. You can hire one of England’s most haunted houses from 6pm to 2am for paranormal investigations.

The Ragged School Museum in London is said to be extremely haunted. Experience strange apparitions, shadows and cold spots. During mirror scrying, some visitors have seen younger reflections of themselves. Marbles roll around on their own, whispering voices are heard, and desk lids bang on the upper floors! SK

When money or time is tight but you want a weekend away, book at your local caravan site. It’s amazing how feeling as if you are on holiday encourages you to explore, and visit places just a few miles from home that never register in your usual routine.

For example, Rutland Water is about half-an-hour’s drive from my home. While I have cycled and walked around the reservoir, or stretches of it, a few times, I’ve never visited the gardens open under the National Gardens Scheme (there’s a bunch all open on one day at Exton), or made a point of visiting the Rutland Water Nature Reserve to see the ospreys or view the webcam footage, or visited Oakham Castle to see its horseshoe collection. I know all about these things because I am local but I never do them. But on my next mini-break, I might. LM 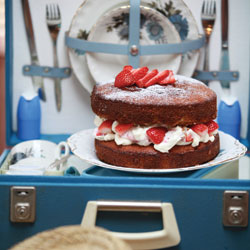 My friend, Mike, 70, baked his first cake recently, in a Great British Bake Off-inspired competition at work. If you’re feeling inspired, too, don’t let the fact that you’re away in your caravan put you off.

Even if you don’t have an oven there are many cake recipes that can be made in a microwave (just trawl the internet), some of them in a mug so you don’t even need a suitable bowl, and children love it. They’ll also love the fact that the cake is ready to eat in no time! A double skillet or hinged double omelette pan will also do the job, on the hob.

38 Be a winner with Caravan!

At Caravan magazine we love to help you make the most of your caravanning with plenty of giveaways and competitions. These readers are delighted they entered!

“I’ve been out to fit my roof box on the car. Once it’s set up, it is really easy to fit. Thanks very much for a fantastic prize, I’m sure it’ll get lots of use this spring onwards.”

Phil Hall of Chester-le-Street won a Thule Touring 780 roofbox in the September issue of Caravan.

“I used my voucher for Bingham Grange Touring and Camping Park. It was so nice to go to an adult-only site, especially when you work with children most of the year. It was even better seeing the stars in the sky without any light pollution. The facilities at the Grange are outstanding, as are the staff.”
Alison R won a £250 voucher in our Tranquil Touring Parks mega giveaway. LM

This 110-mile National Trail between Helmsley and Filey promises heather moorland and fine coastal views. Tackle it a section at a time over as many weekends as it takes. There’s a plethora of caravan sites along the route, which is well served by buses, especially along the coast; it can be a little patchy inland.

Trail Manager Malcolm Hodgson’s favourite part of the route is the Cleveland Hills. “You get the ups and downs of the moors and great inland views, but also looking out north across the Teeside Plain. South of Ravenscar to Cloughton is a lovely part of the coast because it tends to be quieter than the better-known coastal sections,” he says. Abbeys and castles also abound in this part of Yorkshire. The route is well-signed but always take the relevant up-to-date OS or Harveys map in case you should stray from the path. LM


Back to the 50 Things homepage