Hawthorne Cottage is a quiet, intimate, adults-only campsite with room for only 10 motorhomes or caravans and is one of the very few that is open all year in the Forest. There is a shop around a mile away, and within easy reach is a launderette, ... 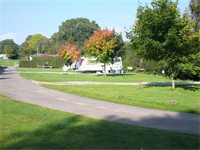 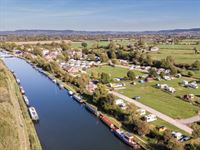 This pretty site on the edge of the Cotswolds is clustered around a central lake, framed by mature trees and rolling countryside views. On-site you'll find Ready Camp glamping along with excellent amenities including toilets, showers, a games room, ...

This six-acre campsite is much more than a handy stopover campsite off the M5 (it's a mile from J13) and has been developed by an owner with over 50 years of caravanning experience. It offers 100 pitches, ten on hardstandings, with 16 amp electric ... 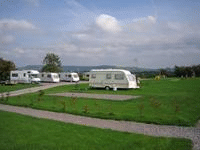 High up in the Cotswolds in an Area of Outstanding Natural Beauty, Bourton-on-the-water is surrounded by open countryside. This is a magical campsite that offers pitches set in 5.5 acres of grounds. It's only a short drive from the delightful small ... 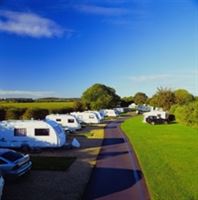 Bracelands Camping in the Forest Site

At Bracelands Camping in the Forest Site there is easy access to walking and cycling trails leading into the forest and beyond. An open campsite on the edge of the Forest of Dean and close to the Welsh border. The copper beech trees are a striking ...

Campsite with pitches for motorhomes, caravans and tents. Shops, PO, doctor, restaurants and pubs all within a quarter of a mile. Fishing nearby. Golf five miles. ...

A campsite in a sophisticated location right on the edge of the elegant spa town of Cheltenham. You can walk into Cheltenham from the campsite through a nearby park, or use the regular Park and Ride service right into the centre. The town is a ...

Set in beautiful Grade I listed parkland, this recently-refurbished campsite is peaceful, level, with many mature trees and within walking distance of Cirencester. From here you can explore the Cotswolds, perhaps one of the few areas we have left of ... 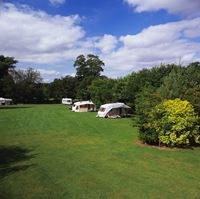 Croft Farm is situated in the River Avon Valley and combines a water sports activity centre with a touring park. The campsite itself offers 80 pitches – all with electric hook-ups, split into two areas either side of the water sports lake (you can ...

Predominantly a park home site, touring pitches with electric hook up facility are provided around the perimeter of a large field that has a gentle slope at its entrance. Access from the main road is via a narrow lane that is badly surfaced in ...

Set on a field close to the A429 just south of Northleach, Far Peak offers 30 touring pitches set over two camping areas. A lean-to houses toilets, showers, washbasins and washing-up sinks, while the gentle slope of the camping fields may mean you ...

Three miles from Bourton-on-the-Water, Folly Farm is an informal campsite that offers three touring fields – two for tents and one for caravans and motorhomes. There are also 12 electric hook-ups, doled out on a first-come first-served basis, as ...

This delightful garden campsite for 25 units is in the grounds of a former Victorian Rectory and is surrounded by over 3 acres of gardens, fields and orchards. The gardens have been sculpted to accommodate tents and tourers and mature trees dot the ...

Small gated holiday home park nestle against the lower River Avon and boat moorings. Fishing is available to those with the necessary licence while a short walk into the delightful village of Bredon is the Fox & Hounds for fines ales and meals, plus ...

Mill Avon is divided into two distinct sections, one being residential park homes and the other concrete hardstanding touring pitches by the Marquis motorhomes sales dealership. It’s location in the heart of historic Tewkesbury means you can easily ... 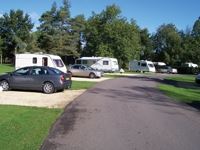 In beautiful countryside outside the ancient town of Newent, this campsite forms a convenient base from which to explore many interesting areas. It offers 20 pitches, some on hardstandings, some on grassed areas and has a small but well-appointed ...

Set within the grounds of the Red Lion pub, near Gloucester, this campsite lies next to the River Severn on the edge of the Cotswolds offering plenty of good walking and biking opportunities - all in an unspoilt rural location. The campsite's ... 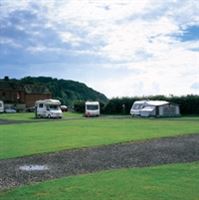 Residential park close to the banks of the River Thames. Over 50s only. Many historic Cotswold towns within driving distance. Inn over road.

This recently redeveloped site (with new owners), offers holiday homes for owners only. Security is paramount here, evident by the card-operated security barrier. The owners live on-site and further developments are planned in the near future. ...

Set in nine acres and offering 154 grass pitches, some liable to flooding or at least soft, this campsite has an impressive position and offers great views of Tewkesbury Abbey. Close to the M5 motorway, the campsite is well positioned for a stopover ...

Campsite set on working farm covering 70 acres of pastureland, woodland and elderflower orchard. Three camping areas, two of which are car free and one area allows campervans too. Plenty of space and campfires are welcome. Farm shop on site along ...

Campsite offers caravan and motorhome pitches with 10 amp electric hook-ups and tent pitches. Half the pitches are on reinforced grass or gravel hardstandings and the campsite has showers, family bathrooms and a wide range of leisure activities. ...

Under enthusiastic new family ownership, set on the edge of the Forest of Dean, Woodlands campsite has 20 touring pitches, 18 on hardstandings, all with electric hook-ups. Facilities include a toilet block with free hot showers and a shop that sells ...