A small and well run campsite near to the A66 and with good access to the motorway network for this area of the Lake District. Takes caravans, motorhomes and tents on a well screened field in pleasant surroundings. The campsite has about 20 pitches. ...

Situated in an elevated position under Little Mell Fell in The Lake District. Takes caravans, motorhomes and tents with lovely views of Lake Ullswater and the surrounding fells. Cove Park is hidden in the hills above Ullswater Lake in The Northern ...

A basic farm campsite set on a slope overlooking Ullswater Lake in North Cumbria and close to the hamlet of Howtown. There are stunning views from the campsite which caters mostly for tents. The campsite will also take motorhomes and caravans but ...

Cross Fell Caravan and Camping campsite is owned by the Fox Inn pub (01768 881374) – which is conveniently sited just across the road from the campsite entrance. So that’s the evening food and drink sorted, then (the food is very good, too). The ... 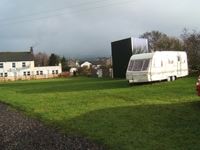 Flusco Wood Caravan Park is hidden in trees down a quiet back lane and is a relaxing place to unwind. It caters for log cabins. There are unusual views of the Lakes Northern Fells from the edges of the campsite with good road access. A large ...

A hidden farm site beside a tumbling gill and underneath the towering mountain of Helvellyn, one of Lakeland's classic summits. The site is a walker’s paradise and takes tents but can accommodate smaller camper vans and caravans – there are hook-ups ...

Lazonby Campsite is situated in a peaceful location near the banks of the River Eden, surrounded by woodland and fields with the Pennine Fells providing a backdrop to the site. On the edge of the village, the site is next to and part of the heated ...

Low Moor Caravan and Camping Park is a friendly family-run campsite set directly off the A66 and not too far from Penrith in Cumbria. The campsite is close to The North Pennines Area of Outstanding Natural Beauty and as it is right next to the road ... 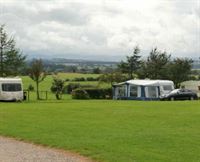 Park Foot combines an idyllic setting with lots to see and do. Set on the shores of Lake Ullswater, boats can be launched from the private beach by the lakeside, you can fish on the lake too and walk on the fells. Set amid beautiful scenery the park ... 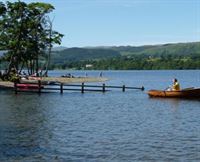 Adult only site (over 21s only) plus a Caravan Club CL for members only in the northern Lakeland fells. Pets welcome. WiFi available.

A real get away from it all, this quiet and peaceful campsite is located down a long rough farm track that makes you feel like you are in the middle of nowhere. Side Farm is a working farm with awesome views of Ullswater Lake and is ideally situated ... 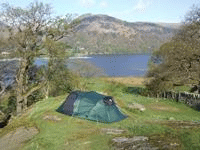 It’s unusual to find a campsite at a service station, but it's even more unusual to find one that is well positioned, shielded from traffic noise and a joy to stay at. Westmorland Caravan Park in Cumbria has all these attributes with pitches for ... 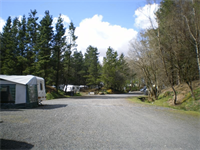 A small campsite with 25 pitches. 10 minutes walk from Penrith town centre. Pub at the end of the lane. Close to Ulswater and lakes.

The Bulls Head Pub is located on the main road through the high level village of Shap in Cumbria, on the eastern edge of The Lake District. The site is for tents only and is open all year. The camping area is set to the rear of the pub and would ... 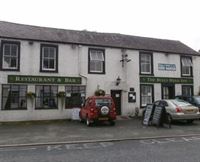 Come and discover a beautiful lake in a picturesque valley, surrounded by stunning mountains. The Quiet Site is a family run campsite situated in a secluded position among the stunning fells that overlook Ullswater. Campsite facilities including an ... 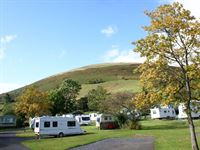 The neat large wooden reception that greets you when you arrive at Troutbeck houses tourist information as well as a some camping goods, food – including local produce – and alcohol. All 54 motorhome and caravan pitches are fully serviced and on ... 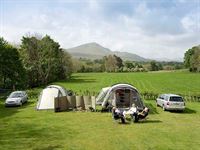 Near Ullswater (4m) surrounded by the great outdoors. Fabulous for nature lovers and walkers alike, the campsite caters for motorhomes, caravans and tents, set in a valley by a babbling brook, below Great Mell Fell with spectacular views of ... 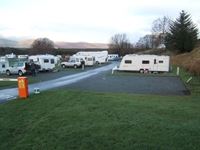 Overlooking Ullswater, this campsite offers grassed touring pitches for motorhomes, caravans and tents next to a marina. Campsite facilities include toilet blocks with showers, a children's playground and an exclusive-to-guests bar, together with a ...

Resting in a beautiful location, nestled in the grounds of a Georgian mansion overlooking Ullswater, this campsite has touring pitches for motorhomes and caravans, as well as privately-owned holiday homes. Tents are not permitted. Pitches are large ...

A superb campsite set on a working farm and right next to the shores of Lake Ullswater in the Northern Lake District. Superb views and a very relaxing place to pitch. A campsite for tents and smaller campervans and motorhomes only. As a base for ... 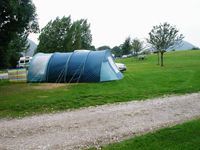