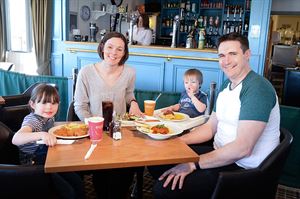 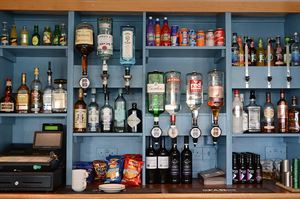 An idyllic location, Waren Mill is nestled within acres of woodland on the headland above Budle Bay Nature Reserve, with stunning coastal views of Holy Island and Bamburgh.

The park itself has an idyllic location up on the headland above Budle Bay Nature Reserve with unbroken views across to Holy Island, Bamburgh and inland to the Cheviot Hills. The view of Bamburgh Castle from the vast sandy beach has to be one of the most iconic in Britain and it is unsurprising that this is such a popular location for film crews.

One of the must do things, is to drive across the causeway to the special and quite unique Holy Island of Lindisfarne, the birthplace of the magnificent Lindisfarne Gospels. Wildlife lovers won’t want to miss a visit to one of Northumberland’s stunning coastal nature reserves including the Farne Islands.

A short hop inland takes you to the bustling medieval market town of Alnwick and to some of the country’s top attractions, including Alnwick Castle, the location for Hogwarts in the Harry Potter films. Alongside is the Duchess of Northumberland’s marvellous horticultural creation, the Alnwick Garden where you can dine amongst the treetops in one of the world’s largest tree houses.

A visit to nearby Howick Hall and Garden, the home of Earl Grey tea, is highly recommended for garden and tea lovers. To the north, the famous walled town of Berwick-upon-Tweed has a fascinating, rich history and all along the coast you can enjoy traditional seaside towns and picturesque villages such as Seahouses, Craster and Newbiggin-by-the-Sea, home of Britain’s first permanent coastal sculpture The Couples. The independent spirit of Northumberland is just waiting to be discovered.

Cheap Campervan Hire Compare campervan booking prices right here. Our popular campervan rental search engine provides you with all you need for your ...

Booked the caravan holiday home for my husbands birthday,caravan beautiful, but very dissapointed to not be told either when I booked or before we arrived that the bar and restaurant was not going to...

Super site with great facilities for families. This site has everything incl. super views of Budle Bay and beyond to the Holy Island and as far Berwick. A short walk into the village of Bamburgh and...

Showers with nowhere to change clothes and one family room which had a queue a mile long to get in. Pricey to stay. 02/05/2022

I booked for 4 tents and a tourer and as we were there our friends booked a static caravan. Things started well went to reception ( paid another £27.00 for two extra cars ( very pricey). We were all...