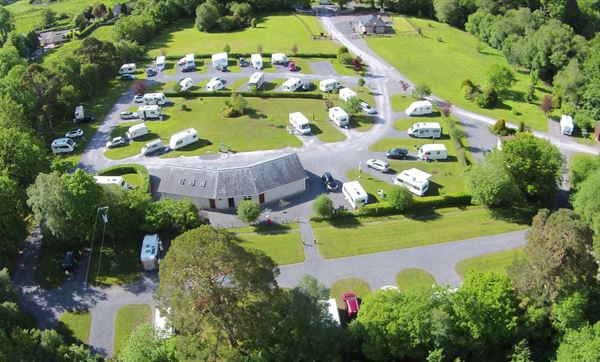 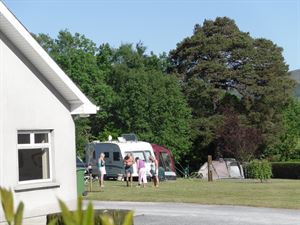 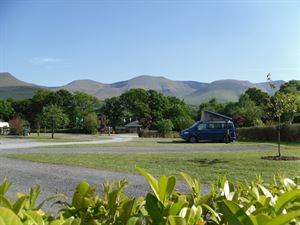 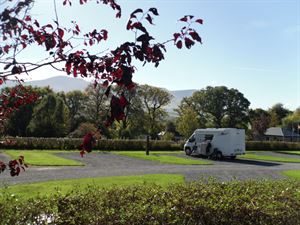 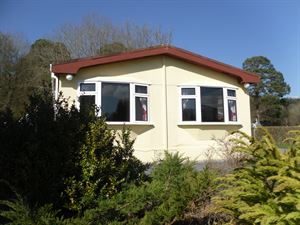 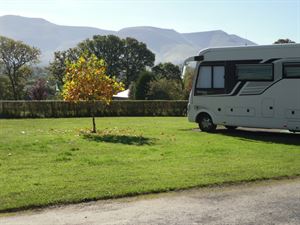 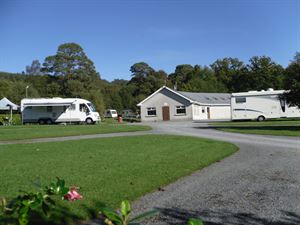 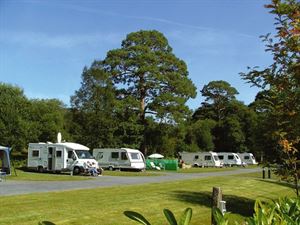 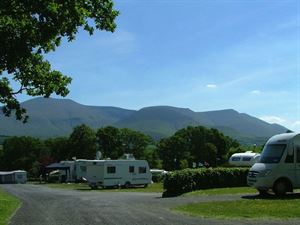 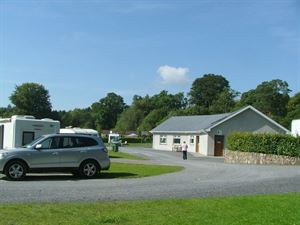 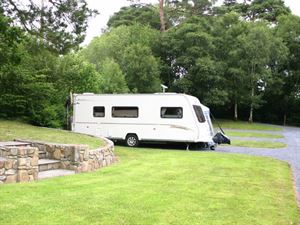 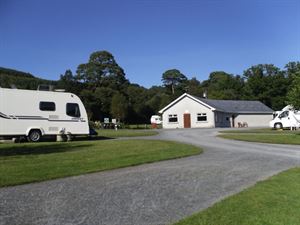 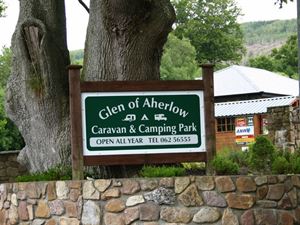 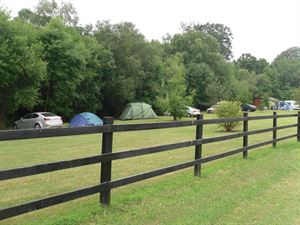 This is a beautifully kept Caravan Club AS campsite with views over the surrounding hills and countryside. The whole area is perfect for walking and sightseeing. There's an ultra-modern heated toilet block with immaculate facilities which include baby changing and a fully disabled shower room. There's also a laundry room, an outdoor drying area and dishwashing room. The campers' kitchen which is provided has a fridge/freezer, microwave, cooker and tables. The large recreation room has a pool table and table tennis. A separate TV room with comfortable seating is also available.

The campsite is well signed from Bansha on the R663. It is one of the best caravan parks we have seen, and is situated in the heart of one of the most picturesque valleys in Ireland - The Glen of Aherlow – voted Ireland’s Best Inland Holiday Destination.

Surrounded by woodland this secluded, beautiful Glen lies between the dramatic Galtee Mountains, Ireland’s highest inland range, and the slopes of Slievenamuck. For the adventurous, these towering Galtee slopes and the five Corrie lakes are just waiting to be conquered. Many woodland walking routes, including the Curra Walks, can be taken from the campsite, and it is also a superb area for bird watching.

The touring area consists of mostly hardstanding pitches, some grass, some fully serviced, all with 10 amp electric hook-up, water and WiFi, with great mountain views.

There is a hotel and restaurant nearby, where bar meals and a-la-carte menu are available. For the cyclist, the Glen of Aherlow has two parallel roads, where you can plan and create your own looped cycle ride suitable for all the family. For the more adventurous mountain biker the forest tracks offer miles of excitement and fun.

To watch a fisherman cast a fly on the River Suir is a beautiful sight – to be that fisherman is to be in Heaven! There are some lovely stretches of water which hold stocks of brown trout, while its renowned trout and salmon-river tributary, the Aherlow River, is a favourite with anglers from all over the world.

One of the major attractions in this area of Ireland is the iconic Rock of Cashel, which is a group of medieval buildings set on a limestone outcrop. The buildings include a 12th century Round Tower, High Cross and Romanesque Chapel, a 13th century Gothic Cathedral and 15th century Castle.

Nearby Cahir Castle, (13th century) was once the stronghold of the powerful Butler family and dominates the small town of the same name. The Castle still retains its impressive Keep, Tower and much of its original defensive structure and is one of Ireland’s largest and best preserved castles. It is situated on a rocky island on the River Suir and its attractions include an excellent audio-visual exhibition.

If the weather is wet the whole family will enjoy Mitchelstown Caves, one of Europe’s major show caves. Set in a world without sun, a world where man almost feels an intruder, stumbling on a past age, an era where nature reigns supreme, you stroll through three massive caves, surrounded by drip-stone formations of stalactites and stalagmites. Graceful calcite curtains hang from sloping roofs with crystals glistening like diamonds in the distance and one of Europe’s finest columns, the inspiring 'Tower of Babel' stands some 9m in height.

When you visit the Glen of Aherlow you are right in the heart of 'Ireland’s Ancient East' – it is a place of astonishing beauty, there is so much to explore.

We camped a couple of nights here during Covid, so the facilities were closed. Fair enough. Compared to packed-full English sites visited during the same trip, it was nearly deserted here. We arrived...

Really clean site with all amenities. The view of the Tipperary mountains was lovely. Clean showers which were hot and free. Site itself clean and tidy. You do need to pay to use Kitchen...

This is a very commercial campsites, a little soulless . The views are amazing it's worth a visit for them alone. However there seems to be a cost for nearly everything. I have never seen a campers...