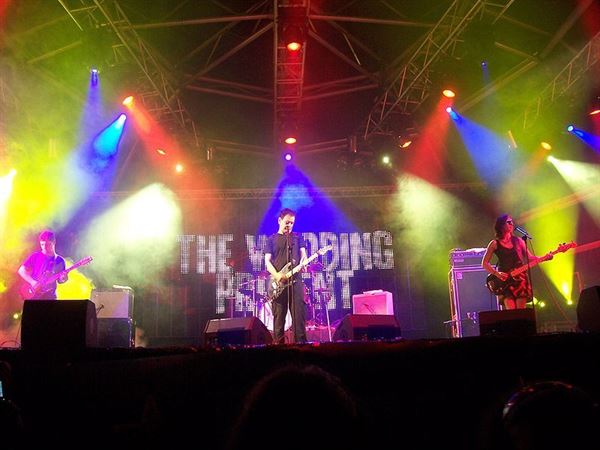 Indie legends the Wedding Present are the latest band to be confirmed for the Wychwood Festival.

The Wedding Present, who will play on Saturday, were formed in 1985 and in 1992 the band released twelve 7” singles and equalled Elvis Presley's 35-year-old record for the most hits in one year.

Rachel Sermanni, who recently supported Mumford and Sons and KT Tunstall, has also been added to the Friday night bill along with the Brickwork Lizards – whose music is described as “Turkabilly hip-hop mashup”.

Other acts confirmed include the Paper Aeroplanes, Hannah McIntyre, Bwani Junction, Rebecca De Winter and Gaz Brookfield. Rob Deering, Sol Bernstein, Christian Steel and Kelly Kingham will appear on the comedy stage, which will be hosted by Nick Page.

Television regular Bill Bailey will appear on the main stage on Sunday night while 80s chart-toppers the Human League will top the main stage bill on Saturday. Soul II Soul are the Friday night headliners.

Downtown Abbey star Elizabeth McGovern's band Sadie and the Hotheads will also be appearing at the festival, now in its ninth year.

For youngsters, CBeebies' Ben Faulks - aka Mr Bloom - will bring his TV show to life on stage while the Roald Dahl Museum & Story Telling Centre will return again with their workshop and activity programme.

Ska legends the Beat will be on the main stage on the Friday night along with 2012 Mercury Prize nominee Sam Lee. Sunday’s line-up includes The Ukulele Orchestra of Great Britain and audio-visual wizards Public Service Broadcasting have also been confirmed.

Wychwood takes place at Cheltenham Race Course from 31 May – 2 June and weekend and day tickets are now on sale - with under 10s going for free.

Full tickets details and much more information is available via the official Wychwood website.