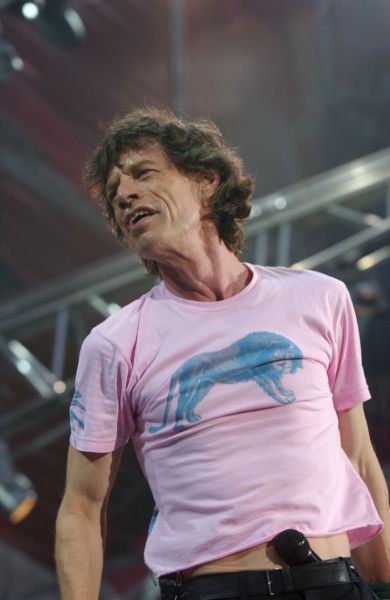 Jagger revealed he's no stranger to camping and has often set up a tent "on the beach with my kids in the Caribbean."

He also told Q magazine that he spent summer holidays as a child camping abroad.

He added: "We went camping all the time when I was a kid. Camping in France was our family holiday and we brought baked beans with us, as we didn't trust that fancy foreign food. We were so totally English."

Jagger told the magazine, "I've got nothing else to do on Glasto weekend, and I want to spend some time with my family and have a good time as well."

His daughter Jade is sorting out accomodation at the festival and Jagger is hoping to do a little exploring: "I don't need them to show me the cool places to go. I'm sure I can find some places of my own that are much cooler."