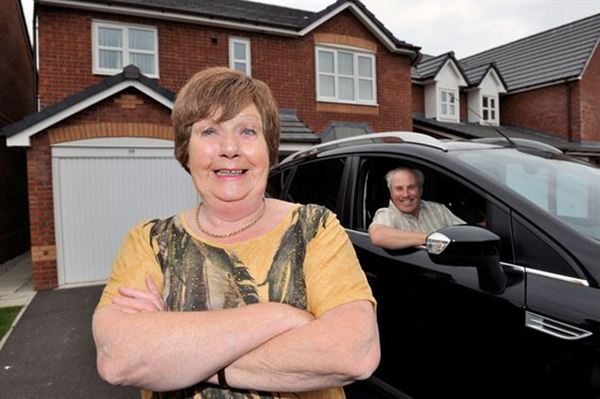 Everyone has a wish list of what they would spend their cash on if their numbers came up on the National Lottery.

But for Sue and Norman Harris, of Driffield, East Yorkshire, a massive win allowed them to carry on camping  - but in a bit more style.

The couple scooped £1.4million in 2005, their share of an £18m win for a syndicate of Tesco workers.

And one of the first things they did with theiir winnings was buy themselves a luxury trailer tent.

Sue, 62, who has been married to former factory foreman Norman, 65, for 40 years, told the Mirror: "We went caravanning or camping for a holiday once a year. We went all over but Skegness was a favourite.

“When we won, we bought a new trailer tent with electrics, cooker and a sink."

Perhaps not surprisingly, the couple find it difficult to squeeze in trips with their tent between exotic cruises.

Sue said: "We hardly have time to use it now in-between cruises, which is how we treat ourselves these days.

“We go about four times a year and have been to the Mediterranean, Caribbean, the Baltic, Iceland and Australia’s Gold Coast. I’d only ever been to Canada before where we have relatives."

The Harrises aren't the only Lottery winners to splash out on a new tent after landing the jackpot.

Earlier this year, Matt Topham and Cassey Carrington, both 22, went bargain tent shopping after scooping £45m on the Euromillions lottery. The couple from Nottinghamshire picked one up for £39.99 to use at this year's V Festival after having their's trashed at last year’s event.

Friend Phil Taylor told the Sun: "No way they'll be swanning off to any VIP areas. They'll get down and dirty in the field like the rest of us. Their old tent got ripped to ribbons — and Matt said they'd just gone out and bought one for a penny under £40.

"They're just a down-to-earth couple who love each other."