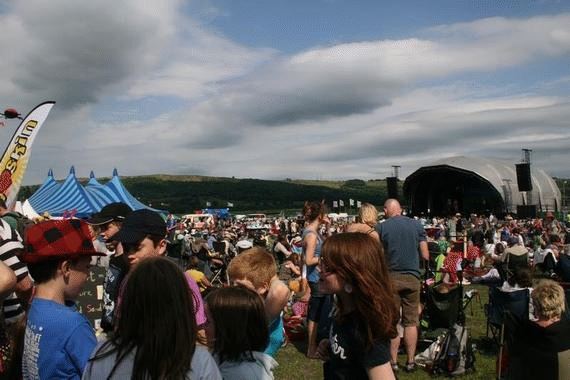 One in three female festival goers have chosen to stay in "posh" accomodation at events like Glastonbury, a survey has revealed.

Many women say they will "glamp" in pre-erected tents with comfy beds, camper vans or caravans - while some will even spend the night in hotels or rented cottages.

And although the majority of festival-goers will still be pitching up in tents, the survey found women want some of the luxuries of home while they are stuck in the middle of a muddy field.

Half of women going to festivals will take mirrors - while one in ten will even bring their hair dryer. straighteners or curling tongs.

A fifth of of those surveyed said they will take scented candles while 23 per cent will be packing beauty and skin products in their rucksack.

One in ten women revealed they had chosen the festival they were going to because of its environmental record and a similar number said they were attracted by cultural elements like ballet and opera.

More than 1,000 women who will attend festival like Glastonbury, Reading and Bestival this year were questioned for the nationwide survey, carried out by One Pro, on behalf of Alpro soya.

U2, Coldplay and Beyonce are headlining this year's Glastonbury Festival which gets under way on Friday.
TV presenter Emma Willis, who fronts Alpro's Breakfest campaign, said: "Our findings show that many women now expect to enjoy the  finer things in life while still letting their hair down and having fun at festivals.

"I too would much rather opt for the 'glamping' option and enjoy a little luxury and culture, as well as making sure I see my favourite bands."