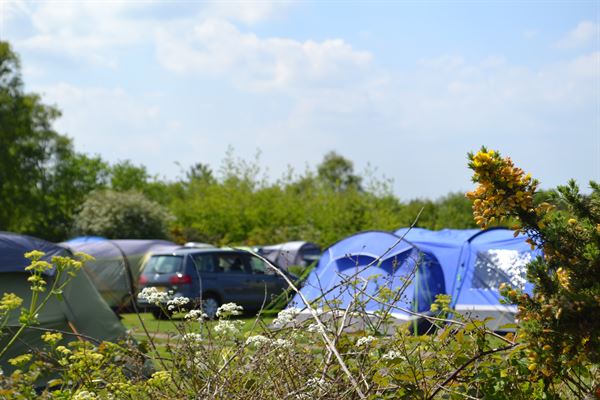 Camping can help beat stress, make you feel happier and get the kids off computer games, a new study says.

The news comes amid predictions that a record number of people will venture into the great outdoors this year - either on a family holiday or going to a festival.

More than eight out of ten people who have camped in the last three years (83%) say that nights spent under the stars help to relieve the stresses and strains of  everyday lives, according to the report.

The study, for leisure retailer Halfords, also revealed that 91% of parents thought camping trips were good for children’s health.

They were also credited by nine out of ten people (92%) for keeping both adults and children physically active while 89% said having limited access to electronic gadgets such as computers, video games and tablets on camping holidays encouraged better family communication.

Additional benefits included “feeling more contented” with normal life, afterwards, which was mentioned by 78% of those who took part in the report

And seeing  children enjoy “traditional outdoor activities” such as cycling, boating, playing with balls, kites and Frisbees, pleased more than one in seven parents (73%).

Halfords camping product manager Richard Bowen said: “Camping is enjoying a real revival. Festivals have made camping cool again and as more and more people try it, they are reminded about childhood memories or discover what they have been missing.

“The good news is that camping equipment has improved dramatically, so memories of leaky tents and cold nights are a thing of the past if people pack the right gear.”

Out of those respondents who went camping as children, a huge 97% said those trips produced their happiest childhood holiday memories.

One in three people in the UK has taken a camping or caravanning holiday in the last three years, up from one in five in 2009.

The latest figures from the Great Britain Tourism Survey show that 17 million Britons annually take camping or caravanning breaks in the UK, more than go to France, 6 million, or Spain, 10 million.