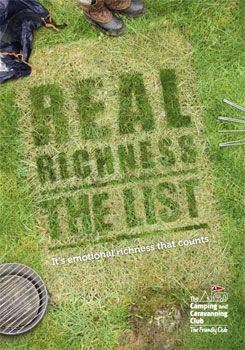 A camping trip to the countryside during the school holidays could make children behave better, it has been claimed.

Academics have found that 87 per cent of youngsters who camp say it makes them feel happy.

With the summer holidays on their way, 79 per cent of children who have never camped before said they want to give it a try.

And it is claimed there is evidence that youngsters who go camping will be better behaved and more interested in the world around them.

The findings are part of the Camping and Caravanning Club's Real Richness report, based on a review of more than 60 research studies by academics at John Moores University in Liverpool and a survey of 3,000 adults and children.

Club director general Robert Louden said: "Our findings certainly show that camping makes families feel closer - and richer - and at the same time there is a lot of evidence to show that not only can camping improve a child's behaviour but it can also make them more attentive and interested in the world around them."

The research, first published in April, also found that 73 per cent of adults believe camping is something every child should experience and more than half say it should be on the national curriculum.