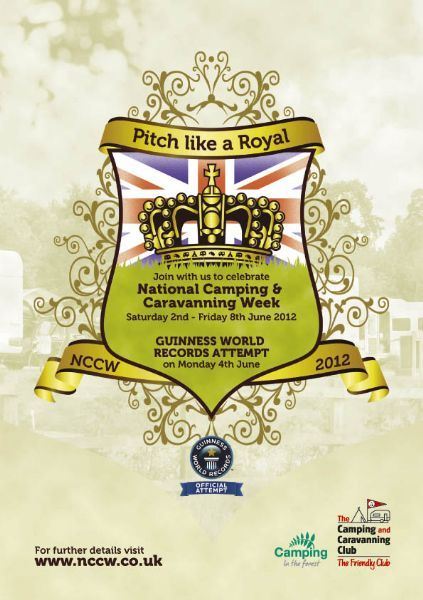 Hundreds of campers will take part in a world record attempt to mark the Queen's Diamond Jubilee this weekend.
The Camping and Caravanning Club wants as many people as possible to don paper crowns this Monday (June 4) in a bid to secure a Guinness World Record.
The Jubilee-themed attempt at ‘most people wearing paper crowns across multiple locations’ will take place in specially set-up zones at each of the Club’s 110  campsites and 20 Camping in the Forest sites.
As well as celebrating the Jubilee, the record bid is part of National Camping and Caravanning Week events.
Unique paper crowns will be provided but the Club is encouraging campers to get into the Jubilee spirit and dress in full regal attire to mark the occasion.
Celebrity botanist and Club president David Bellamy will also be taking part at Sandringham Club Site.
Robert Louden, the Club’s director general, said: "We’d like to encourage all of our campers to take part in our Guinness World Records attempt on our Club and Camping in the Forest Sites.
"It’s a great event to bring people together and enjoy the great outdoors, particularly during National Camping and Caravanning Week and The Diamond Jubilee Central Weekend.”