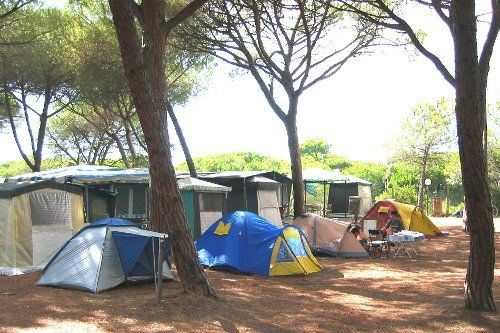 A thousand holidaymakers were evacuated from three Tuscany campsites after forest fires threatened coastal areas of the region.

The tourists were evacuated from Il Sole camping village and two other sites in the Tuscany region as flames spread, the Daily Telegraph reported.

The campers had to spend Saturday night in a local shopping centre in Marina di Grosseto, a seaside resort in the Maremma area  as the blaze spread.

As summer temperatures rose as high as 38 degrees in parts of Italy, teams of firefighters and volunteers were still battling to control the blaze that had destroyed 120 hectares of pine forest near the camping areas.

A spokeswoman for Il Sole told the paper tourists had been evacuated in plenty of time and food, water and mattresses had been donated for them by local residents and restaurants.