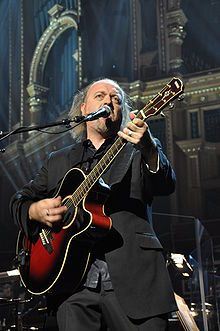 Musical comedy star Bill Bailey is the latest headliner to be announced for the Wychwood Festival.

The television regular will appear on the main stage on Sunday night - bringing the family-friendly festival to a close.

Rappers Clement Marfo and The Frontline, Newcastle-based Shields and indie-folk five-piece Eliza and the Bear have also been confirmed to appear on the Smashing blouse stage in the Big Top over the the weekend.

For youngsters, CBeebies' Ben Faulks - aka Mr Bloom - will bring his TV show to life on stage while the Roald Dahl Museum & Story Telling Centre will return again with their  workshop and activity programme.

Eighties chart-toppers the Human League  - best known for their 1981 number one Don't You Want Me - will top the main stage bill on the Saturday night of the fevent - now in its ninth year.

Ska legends the Beat will be on the main stage on the Friday night along with 2012 Mercury Prize nominee Sam Lee.
Sunday’s line-up includes The Ukulele Orchestra of Great Britain and audio-visual wizards Public Service Broadcasting have also been confirmed.

Wychwood takes place at Cheltenham Race Course from 31 May – 2 June and weekend and day tickets are now on sale - with under 10s going for free.

Full tickets details and much more information is available via the official Wychwood website.