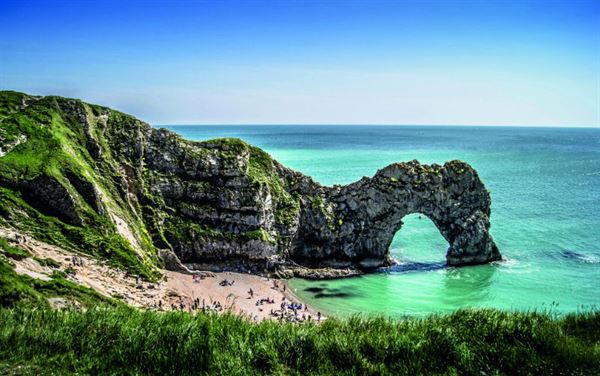 Dorset may not get all the plaudits of its two big West Country neighbours but that doesn’t mean it’s any less appealing for campers. Quite the opposite in fact. While you certainly won’t feel lonely here, it’s a lot less crowded than Devon and Cornwall, and yet there is so much to see and do.

For a largely rural county, public transport is also fairly good and it’s possible to travel around the whole area by bus.

Dorset has a variety of stunning landscapes, from the sweeping beaches and rugged cliffs of the Jurassic Coast to the rolling countryside and picturesque chocolate box villages inland. Fossil hunting on the beach is one of the most popular activities around these parts and there are plenty of spots to explore in the search for examples of our prehistoric past.

For walkers there are awesome paths along fabulous sea cliffs to be followed with views that will simply take your breath away. The South West Coast Path follows the entire length of the Jurassic Coast on its epic journey from Minehead in Somerset to Poole Harbour in Dorset.

Many visitors are drawn to the natural sea arch at Durdle Door or the limestone scenery of Lulworth Cove and if you are a photographer you should certainly not miss these locations.

And there are all manner of attractions to visit, including museums dedicated to tanks, teddy bears, dinosaurs and early trade unionists, an ape rescue centre, plus loads of castles, gardens and historical homes.

The New Forest is close enough to visit, too. Diverse is the word. 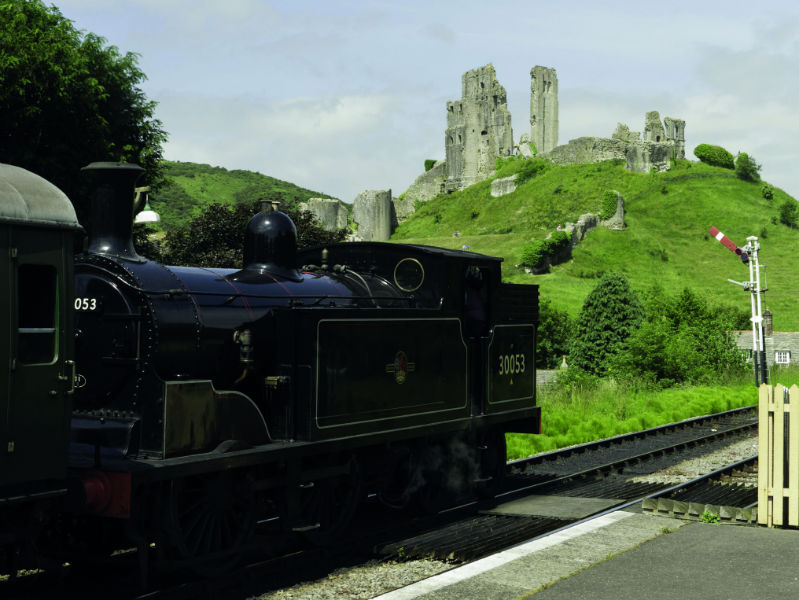 The Isle of Purbeck is actually not an island at all, but a 60-square-mile peninsula surrounded by water on three sides. Thought to have been the inspiration for Enid Blyton’s Kirrin Castle, Corfe Castle has a rich history dating back before the Civil War. Nearby is a quirky model village version of the castle and village as they were in 1646. The Blue Pool at Furzebrook is a Site of Special Scientific Interest, featuring a serene 20 acres of woods and heathland around its main water feature. The pool frequently changes colour, thanks to the fine clay suspended in the water, diffracting light. The Norman chapel at St Alban’s Head is one of the oldest in England, built on the clifftop, some 300ft up. 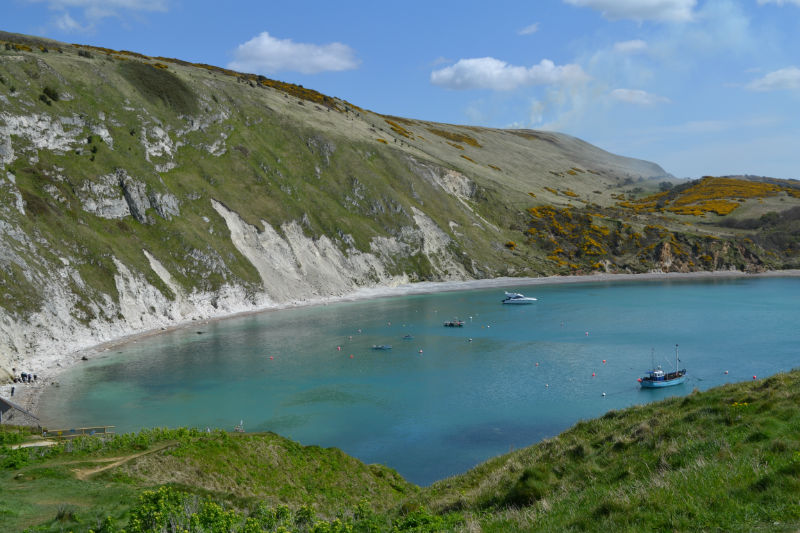 Even if you’ve never visited, you will most likely have seen pictures of Durdle Door - it is hugely popular with outdoors folk and one of the most photographed landmarks in the area. To experience it close up, follow a path down to an area of land which overlooks the beach and arch. Once you’ve captured that classic image (and shared it on Instagram!), head onwards to the equally photogenic beach at Lulworth Cove a short distance away. It’s perfect for kids to explore rock pools and you can hire kayaks in the village of West Lulworth or even try your hand at coasteering. 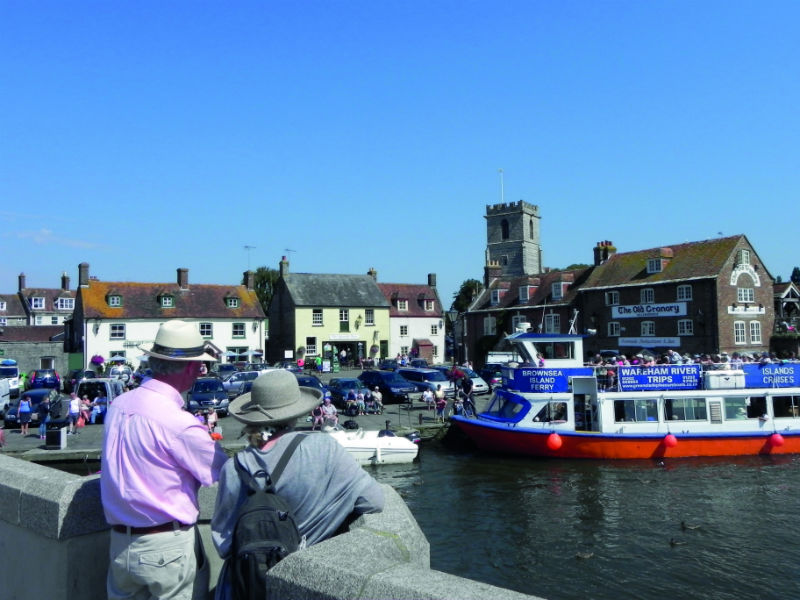 The riverside market town of Wareham boasts a history going back more than 2000 years, and up until the 14th century it was a busy port. These days it is somewhere to relax, have something to eat, hire a boat or take a trip along the river. Take a walk around the Saxon walls and visit the town museum to learn more about its horrible history of Viking attacks, and Civil War skirmishes. You’ll also find out about the local connections with T E Lawrence (Lawrence of Arabia). The famous military strategist died in a motorbike accident nearby and is buried in the churchyard at Moreton. 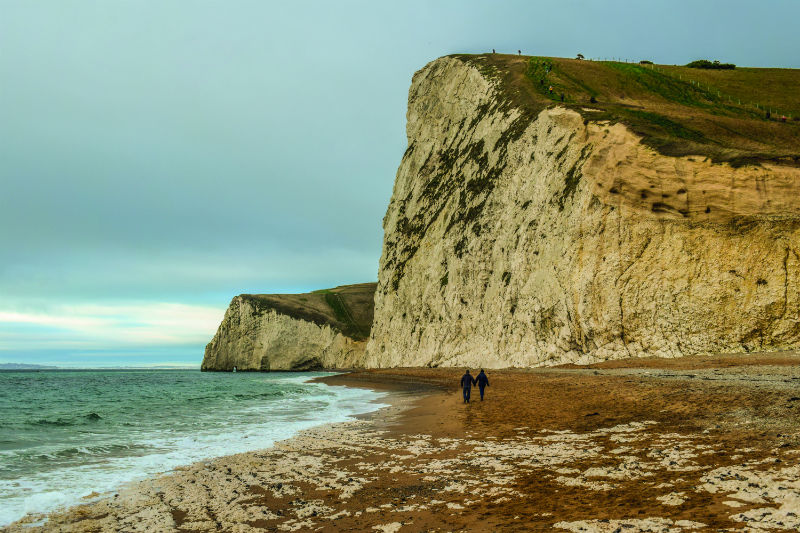 It’s not the awesome views, breathtaking clifftop paths and historic landmarks that make the 95 miles of the Jurassic Coast so special. Because, as stunning as they are, these pale into insignificance compared to the 180 million years of history to be explored along this magnificent stretch of shoreline. Fossils of all sorts have been found here over the years, including crustaceans, insects, mammals, molluscs and brachiopods, plants, reptiles and amphibians. The beaches are filled with people searching for fossils amongst the pebbles and rocks of the shoreline, with organised ‘fossil walks’ available to be booked at the likes of Charmouth Heritage Coast Centre near Lyme Regis. 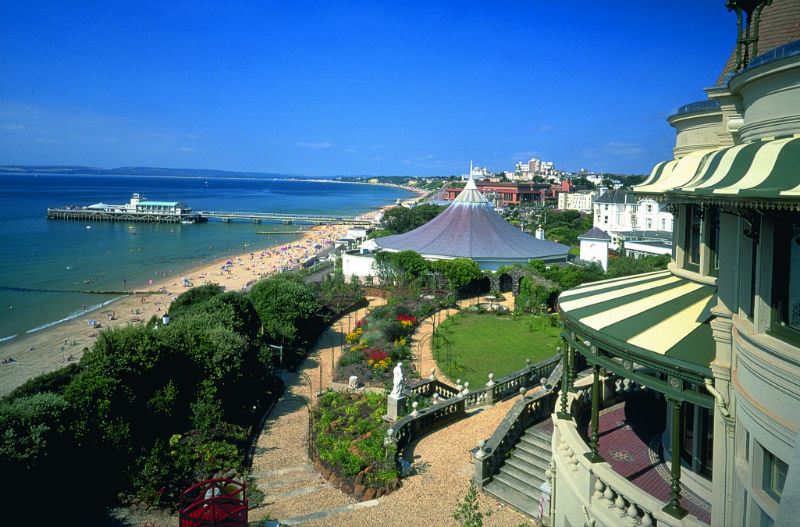 No matter the time of year, catch the cliff railway down to the beach at Bournemouth and you’ll find holidaymakers making the most of the seven miles of sands. As well as the traditional seaside attractions, Bournemouth’s pier has a range of high-adrenalin activities on offer, including a climbing wall, a highline obstacle course and a terrifying-looking zip wire. For those who prefer to keep their feet on the ground at all times, the art collection at the nearby Russell-Cotes Museum is a better option. Bournemouth has plenty of shops, restaurants and a buzzing nightlife. 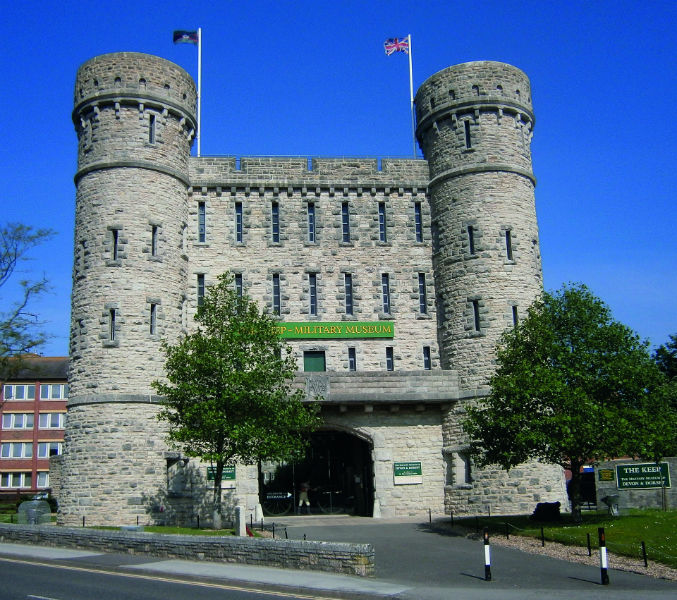 Dorchester is a typical market town that has five excellent museums and exhibitions. The Dinosaur, Tutankhamun and Teddy Bears museums and the Terracotta Warriors and Mummies exhibitions are all within walking distance of each other – and a Gold Saver Pass allows you to visit them all for the price of two, within seven days. 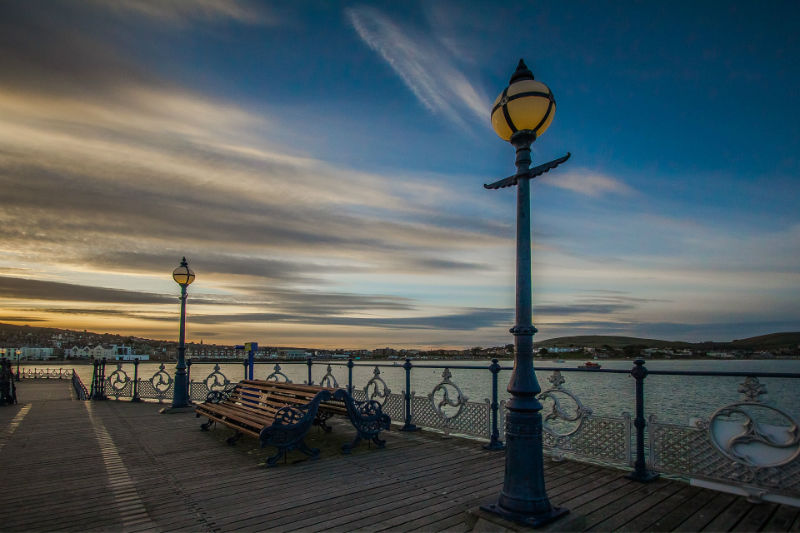 Dorset isn’t just about enjoying the great outdoors. Near Dorchester is a museum that tells the harrowing but fascinating tale of the Tolpuddle Martyrs. Six farmworkers were arrested and deported for seven years for taking an oath of secrecy after forming a trade union. The case led to the foundation of modern-day trade unionism.

The Tank Museum at Bovington boasts the world’s best collection of tanks and tells the story of armoured warfare spanning over 100 years of history. It features almost 300 armoured vehicles, including the feared German Tiger.

Not a zoo but a chimpanzee and primate rescue centre, Monkey World, near Wareham, is home to hundreds of chimpanzees and monkeys.

WHERE TO EAT IN DORSET

OUR PICK TO VISIT IN DORSET

Portland Bill is quite literally a place like no other, open stretches of land set to a backdrop of fishermen’s huts, spectacular lighthouses, stormy seas and rocky shoreline. Portland Bill lighthouse is the main attraction, with a visitor centre containing several interactive displays and historical artefacts. You’ll also find the famous Pulpit Rock. 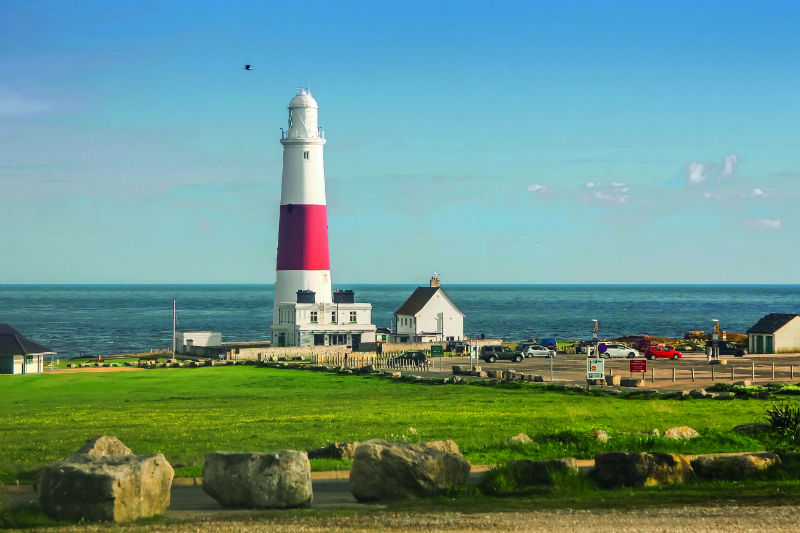 WHAT TO SEE IN DORSET 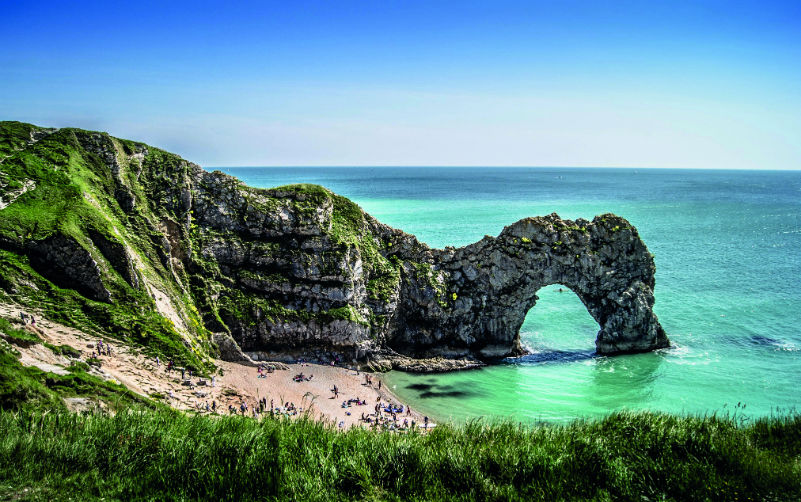