How to stay online while camping 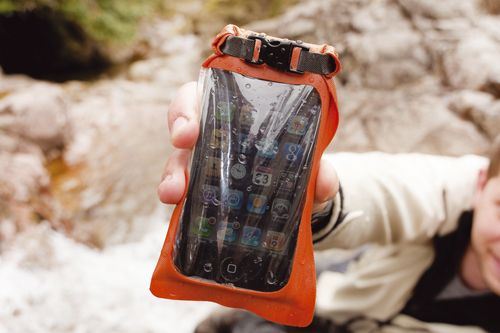 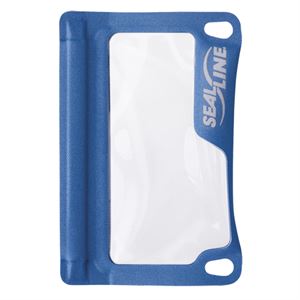 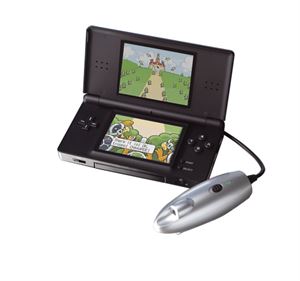 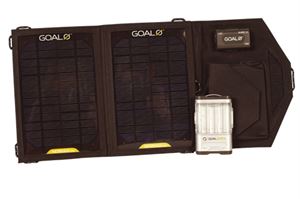 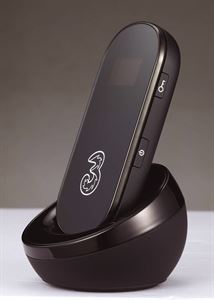 I gather some people like to go camping to “get away from it all” and the idea of taking phones and computers fills them with horror. But even if you firmly turn off your Blackberry and leave it in a locked drawer when you leave the office, you can bet someone in your tent is bringing theirs. And a Kindle, and the kids’ Nintendo DS. Add a collection of cameras and a radio – somehow or other you’re going to have to keep them charged and dry.

I’ll confess straight off that I love camping, but I love to stay in touch too. Texting, checking email, putting photos on Facebook, tweeting about the shower facilities, sending messages to the next tent asking where my morning cup of tea is… Inevitably I spend a lot of time working out where to store my toys, and insisting we sit next to a plug socket in every café we go into. So – how can I simplify things so that I can enjoy the great outdoors, and still stay connected?

As we’re in Britain, let’s start with keeping things dry. It’s going to rain at some point – or just get damp and dewy in the morning. Even within the driest tent, electronics do get misted up and overly cold. I tend to sleep with my iPhone and Kindle tucked into my sleeping bag, but eventually I’m going to roll over and break one of them.

Waterproof covers have come a long way – they’re much smaller than they used to be, and you can often leave your device inside even while you’re using it. If you use something like Aquapac’s Stormproof iPhone cover, instead of having to fish the phone out every time you want to use it you can use the touchscreen through the covering so the phone doesn’t have to come out until you’re home. Which is a good job, actually, as getting the phone in and out of the cover can be a big of a pig – make sure you put it in with the charging end accessible, or you’ll be cursing when it goes flat. 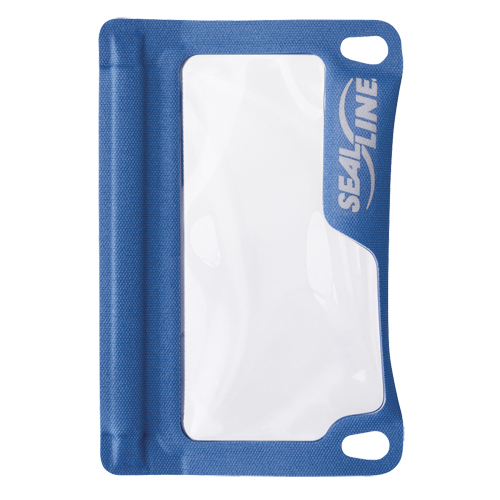 range won’t cope with complete submersion, so if you’re likely to go kayaking or other very-wet activities, have a look at Aquapac’s submersible range, or at other brands.

SealLine’s E-Cases look good too – again, you can use the device while it’s in the case, and some of them have headphone jacks, too. Music in the shower, if you’re brave enough to try it? There are more solid covers, too, like the Aqua Phone Case from Thumbs Up, that give a bit of bump-protection, and make the phone look quite space age.

You get similar covers designed for cameras (often with extra padding built in), and for tablets and Kindles. Once you get to laptop size, though, things are more tricky – maybe a straightforward drybag is the answer here. Roll top, waterproof sacks now come in a wide range of sizes and colours and you can probably find something to suit. You’ll still need to take the laptop out to use it, but when it’s not in use you can ensure it stays dry. Sea to Summit, Aquapac, SealLine and Podsac all make decent ranges, with some ultralight options and versions with clear windows to save search time when you try to remember what you put where.

Another intriguing discovery while researching bags was Pacsafe’s Travelsafe products – canvas bags with a high tensile stainless steel mesh inside it. Lock one to something immovable, and no one can get inside to steal your phone, or wallet, or gold bullion. Clever.

Back to waterproofing, but from a completely different angle – a silicon spray called NeverWet from Ross Nanotechnology apparently makes electronics, clothes, and whatever else it’s sprayed on, completely waterproof. Due to be available to the public in 2012, the super-hydrophobic liquid could transform waterproofing – but I think I’ll let other people try it on their precious devices first, thanks.

I GOT THE POWER

Charging gadgets is relatively easy if you have a car with you, as many adaptors can take power from the cigarette lighter or USB port. I don’t imagine they drain the battery too much, but I’d take the car for a short run every now and then, just to be on the safe side.

If you don’t have a car available, or would rather not use its battery, then there’s a range of other devices available. Some take their power from AA and AAA batteries – rechargeable or standard, some from the sun, and some from your own elbow-grease, using wind-up mechanisms. 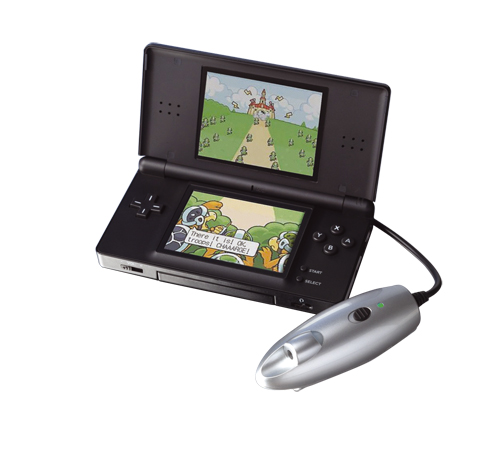 One benefit of taking a rechargeable device is that you can leave it to charge in places that you wouldn’t be happy leaving your phone. People do leave phones charging in toilet blocks, but it’s risky – better to leave a £20-ish charger plugged in. It still might go missing, but it’s less likely – and less of a loss if it does.

Power Traveller, which makes the Power Monkey brand, offers a wide range of options, from plug-in rechargeables to solar power, and from basic mobile chargers to more powerful choices for cameras and small laptops.

Thumbs Up has a little charger designed specifically for iPods and iPhones, and a wind up charger that also includes a torch, a compass, a whistle, a temperature gauge, and a wind proof lighter. What more could you ever need? 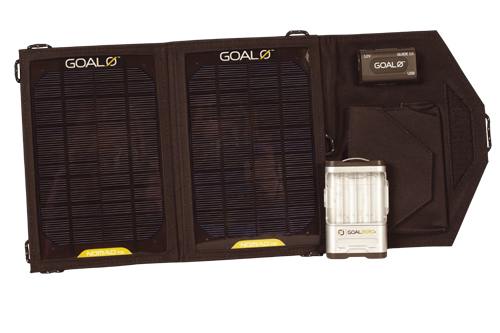 Newcomer to the UK market Goal Zero has a solar charger suitable for phones and small devices. Sensibly, it comes with a rechargeable battery pack, too, and a car lighter charger – for those out of season camping trips when you’re just not getting enough sun.

Freeloader has a tiny (and relatively cheap) solar charger called Pico, and a more powerful product called the Freeloader Pro that gives a longer use-time per charge and can also be used for cameras and e-books.

Do take the time to check that the charger you fancy actually works for your device, as they’re not always compatible with all phones.

And if you’re really getting ambitious, and want to charge your laptop, then Goal Zero’s chunky Escape 150 solar charger might do the job – it weighs almost 2kg and will set you back about £300, but it packs a punch, power-wise.

Enjoy your next camping adventure that much more in the knowledge your gadgets are safe, dry and charged. And look out for a text from me, begging for a cup of tea delivered to my sleeping bag. 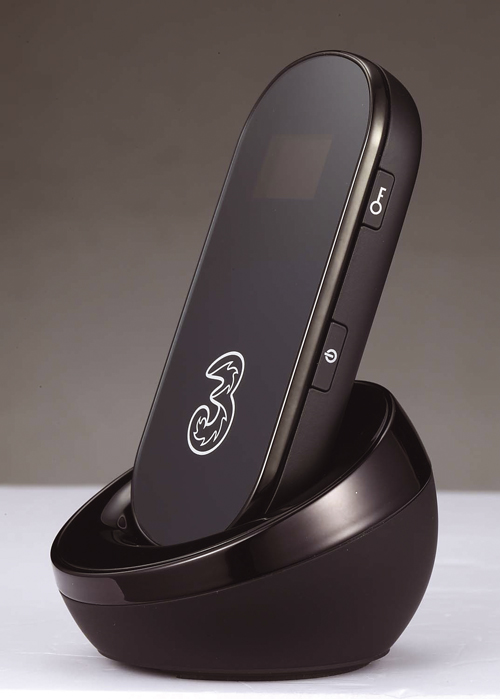 It’s all very well keeping your gadgets dry and charged, but they’re nowhere near as much fun if you can’t use them online. Wi-Fi coverage in Britain’s campsites is definitely improving, but it remains hit-and-miss. And even if you find yourself on a campsite where Wi-Fi is available, there’s no guarantee you’ll be able to get online in your tent. In the past I’ve found myself lugging a laptop around the site looking for a hotspot. In addition, sites that do offer Wi-Fi often charge by the hour, meaning it can be a pretty expensive business.

What’s the solution? Well one answer would be for campsites to get their act together and start providing affordable, reliable internet connections but the continued lack of airborne porcine farm animals in our skies would suggest that’s not going to happen soon.

So if your campsite can’t come up with the goods then why not create your own personal Wi-Fi hotspot? It’s not actually as daft as it sounds. The mobile network Three has come up with the clever concept of MiFi, a sleek pocket-size device that allows you to turn 3G mobile into a Wi-Fi signal. Unlike a dongle, which plugs directly into your laptop, it can connect up to five devices at the same time, meaning you can surf the web (do people still say that?), while your partner downloads apps to their iPad and the kids get connected with their handheld games. Being battery powered, you can use it anywhere with a Three 3G signal, which makes it ideal for camping. Three customers can get the MiFi on Pay As You Go from £84.99, which includes an initial 3GB of usage. It is also available on a range of monthly price plans starting at £7.87 a month, with an upfront cost of £49.99.


If you want to stay online onsite too, make sure you enter our competition to win an iPad, Goal Zero accessories and a Lifedge iPad case - all you need to do is sign up to receive the Camping enewsletter before 31st August 2012, and you will be automatically entered into the competition - click here for more information.