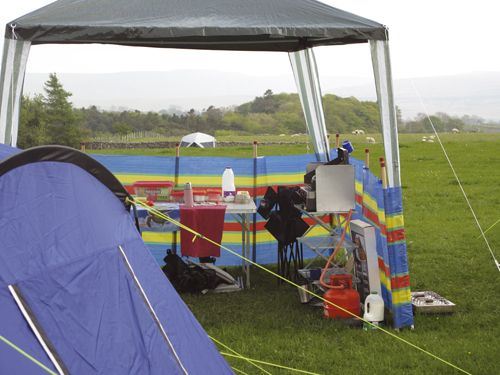 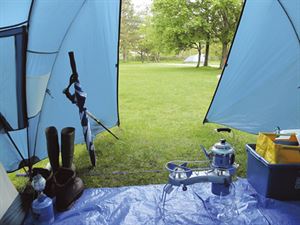 “Never, ever use your gas or liquid fuel stove or lantern inside your tent”. It's sound, sensible advice but most of us have ignored it at some point in some way. The potential consequences are dire with, sadly, death as a real possibility. It's hard to believe that in the cheery glow and heat of a lantern or stove on a chilly, rainy evening with the tent doors zipped tight and a cosy fug inside. That cosy fug is a lethal threat formed when fuel burns in a space with limited ventilation and oxygen. Poisonous carbon monoxide gas (CO) is an insidious killer unlike the more obvious danger posed by fire in a tent. Unseen, it creeps up on you and your loved ones as it's colourless and odourless. Symptoms when awake include headaches, drowsiness and sickness. Asleep, the results can be brain damage and death.

A father and son died in the USA after bringing a charcoal grill into their tent for warmth after cooking their meal. As an indicator of the impact of CO in the bloodstream, post-mortem carboxyhaemoglobin (COHb) levels measured 68 per cent and 76 per cent respectively; in the general population, COHb concentrations average only 1 per cent in non-smokers and 4 per cent in smokers. There have been incidents closer to home. In July 2011, Vincent Clare was found dead in his sleeping bag during a camping trip in the New Forest. It is thought he was overcome by fumes after lighting a barbecue inside his tent to keep warm. A few weeks later, mother-of-two Tracy Screen died in her tent while she was on holiday in North Wales with her husband and children. Safety experts launched an investigation to establish if fumes from a barbecue found nearby caused her death.

There are around 400 admissions to hospital with CO poisoning for all reasons in England each year and around 40 to50 deaths. Despite sound advice and good intentions, the temptation, at times, to cook inside or use a stove to warm up the tent will be too much to resist. Hours and hours of rain, perhaps, or arriving back at the tent cold and wet after a long walk or bike ride. Bear in mind the following and don't let convenience or comfort become a killer. 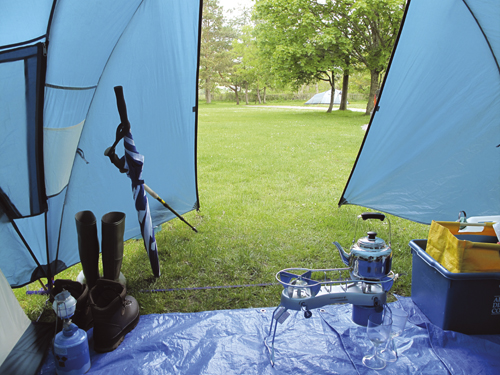 BE VIGILANT FOR SYMPTOMS

Bear in mind that the results of CO poisoning may take time to become apparent such as long-term neurological problems affecting memory, language, cognition, mood and behaviour.

Be aware and vigilant for any early symptoms of CO gas poisoning. Immediate ventilation and fresh air are the best ways of tackling any suspicions of danger; just turning off the source of the appliance is not enough.

Headway, the brain injury association, sums up the symptoms of acute CO poisoning (rapid onset, with short-term exposure); they depend on the degree of exposure:

* Mild - Headache, nausea and vomiting are the features of mild CO exposure, often along with a general feeling of malaise. These non-specific symptoms may be mis-diagnosed as more common illnesses, such as flu, gastroenteritis or food poisoning. This may lead to CO poisoning being overlooked initially, unless there is a clear history of exposure.

* Moderate - As the degree of CO poisoning becomes more marked, there may be a

generalised feeling of weakness, with dizziness, unsteadiness and problems with concentration and thinking. More obvious changes in behaviour, confusion and drowsiness develop and there may be shortness of breath and chest pains.

* Severe - In severe CO exposure, serious deterioration can occur quite quickly, with seizures, coma and death.

Probably, the most dangerous element in a camping holiday is the driving but it pays to be aware of potential problems on site in order to reduce the risks of potential dangers. It's worth bearing that in mind when camping, especially with children. Taking personal responsibility is central to safety; campers' responsibility and consideration usually make life on site a breeze.

Gas and electricity are the main angles here. Naked flames are out, of course, and woodburning stoves aren't an option for most of us. Happily, there are plenty of heaters to choose from including fan, halogen and radiant options powered by electricity as well as catalytic and radiant butane and propane gas models.

The relatively small internal space in even the largest tent means that it usually takes only a few minutes to take the edge off the chill and only a few more to feel positively tropical. With the variable factors of initial price, running costs, features, convenience, noise, safety and efficiency, it's really not possible to come up with a sensible 'best buy' but a remote operating facility does make emerging from the snug chrysalis of a sleeping bag more bearable once the tent had heated up in the morning.

Far better to pop along to a camping shop and get your hands on the heaters. A personal favourite is Coleman's Black Cat heater that packs an enormous punch for its modest size. There are loads of cheap fan heaters on the market but it's common sense to consider models designed for camping rather heating sheds or homes.

Gas lanterns are best used as area lighting outside the tent. Whether mains, battery, solar or wind-up, electric lights are best inside the tent with a head torch for middle of the night excursions.