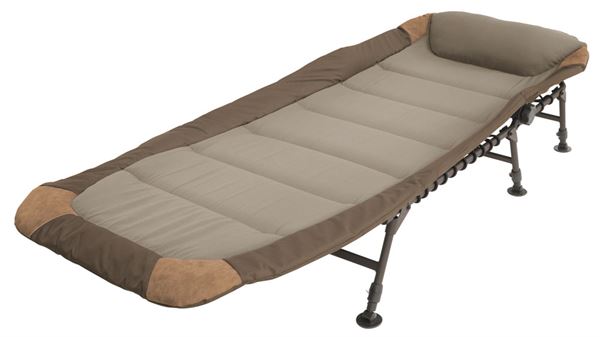 When the nights and early mornings are on the chilly side, you’ll want a set-up that keeps those lower temperatures at bay. That starts with a decent bed, and if you prefer to stay off the ground, the Tala (pictured here) is about as good as camp beds come.

It’s nice and wide so you don’t fall out and it has plenty of soft padding that offers good insulation on a cold night. Individually adjustable legs and wide feet are handy on squishy, uneven ground, too. Best of all, it has a fully adjustable backrest so it can be used as a lounger when you’re not asleep.

“If you want to get ahead, get a hat!”, the 1940s marketing slogan is as true today for our hot summers as it was when advertisers coined it. Hiking without a hat in the hot sun all day is a recipe for sunburn at best or heat stroke at worst. Canadian company Tilley’s Hiker Hat is more than a wide-brimmed hat with a chin-strap to keep it on your head when it’s windy.

The Hiker Hat has a removable pad in the crown that you soak in water, which acts as a cooling device. The insert’s evaporative effect cools you on hot days, and the brim keeps your head shaded. Plus, there’s a mesh on the top edge of the hat to let heat and moisture out. Made from 98% organic cotton and 2% Spandex, the Tilley Hiker Hat is tough but comfortable and is a must-have item for hot hiking days. 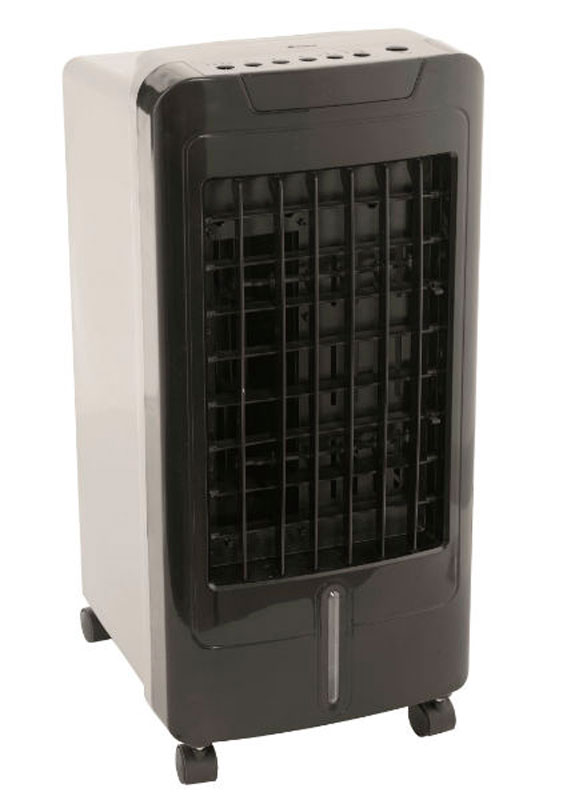 Would you buy a car without air-con? No. Well, what about a tent?

It might seem like the ultimate in camping indulgence, but with summers in the UK getting hotter and France recently recording its highest temperature at over 44˚C, the days of saying we don’t need gadgets like that are probably gone.

This evaporative cooler from Outwell works by blowing air across water to cool it.

It works better in a dry heat and the tent should be well ventilated as this does introduce moisture-laden air, although it can be used just as a fan without water).

The main drawback of a drinks bottle is that it takes up the same amount of space, regardless of how full or empty it is. So here we have a BPA-free plastic flexible container that can be folded up when not in use.

Just like a water bottle, it has one of those nozzles you grab and pull with your teeth, and a carabiner to clip it to things. It has a one-litre capacity, and a handy metric/imperial ruler up the side with an arrow on top that clarifies the basic principles behind how volume increases.

The Adventurer’s Guide to Britain

This isn’t just any old guidebook to Britain, it’s the adventurer’s guide to Britain featuring 150 incredible experiences on land and water. The latest craze involves walking on water!

The book gives an overview of 150 activities ranging from stuff like ‘Swim through Durdle Door’ to ‘Scramble the north face of Tryfan’.

It’s divided by region and features one activity per page, so it’s not too text-heavy. There are lots of nice photos, and key information (like start point, duration, where to camp…) is easy to spot. The only drawback is that every activity is presented as a fun day out and there are no warnings, like don’t go up Tryfan with a pushchair… 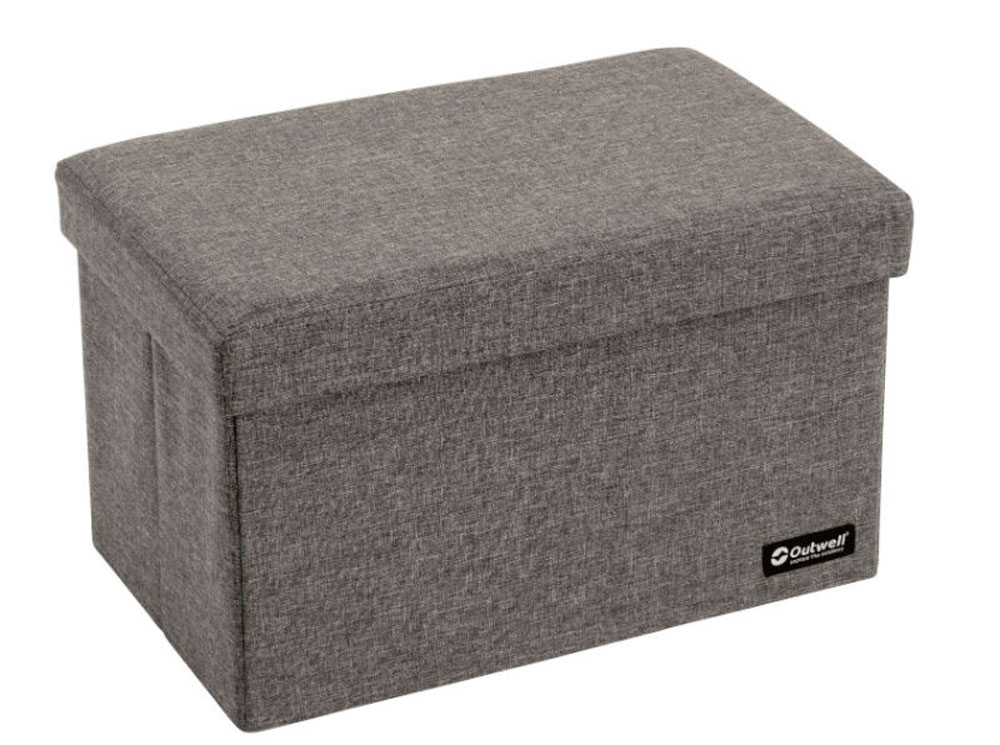 How excited can you get by a box that’s also a seat? Well, very, if you are us. This Outwell product would not look out of place in a designer home in a very fetching grey.

Simply unfold it, put the supportive wall in the middle and place the cushioned lid on top. Voila! Storage that can double as a nifty coffee table or an extra seat. It’s pretty strong, taking the full weight of Camping’s editor (he stood on it and it still held, although we don’t suggest you try that at home – it supports 80kg). 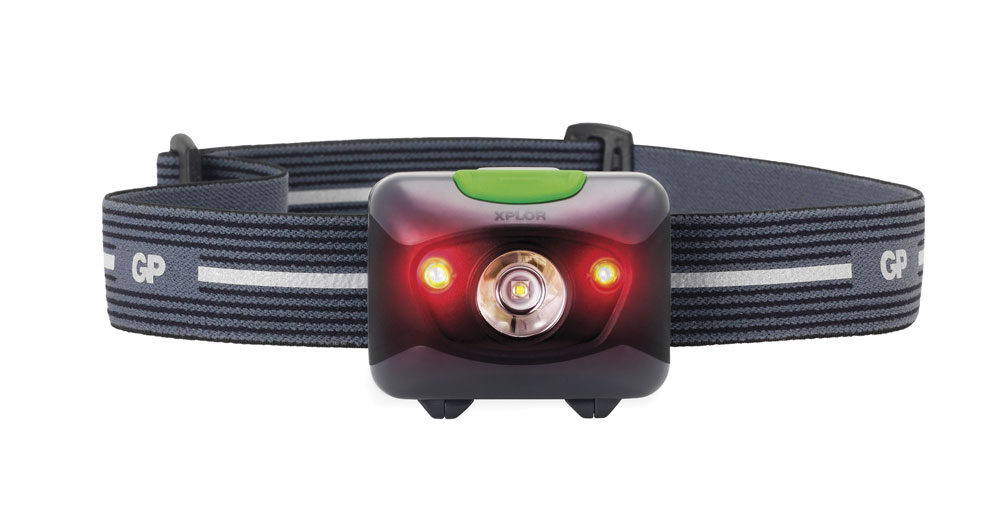 Daylight saving time is an odd concept in the modern world, isn’t it?

True, it must have been useful for farmers back in the day before torches, as harvesting hay by candlelight is no doubt a precarious endeavour. But thanks to the invention of artificial light, we can now enjoy year-round camping without worrying about the time. And with the catchily named PH14, you can embark on any manner of nocturnal adventures. It has a 200 lumens lamp, red LED night-vision mode, and flashing disco mode.

It’s also water resistant and has a safety lock. 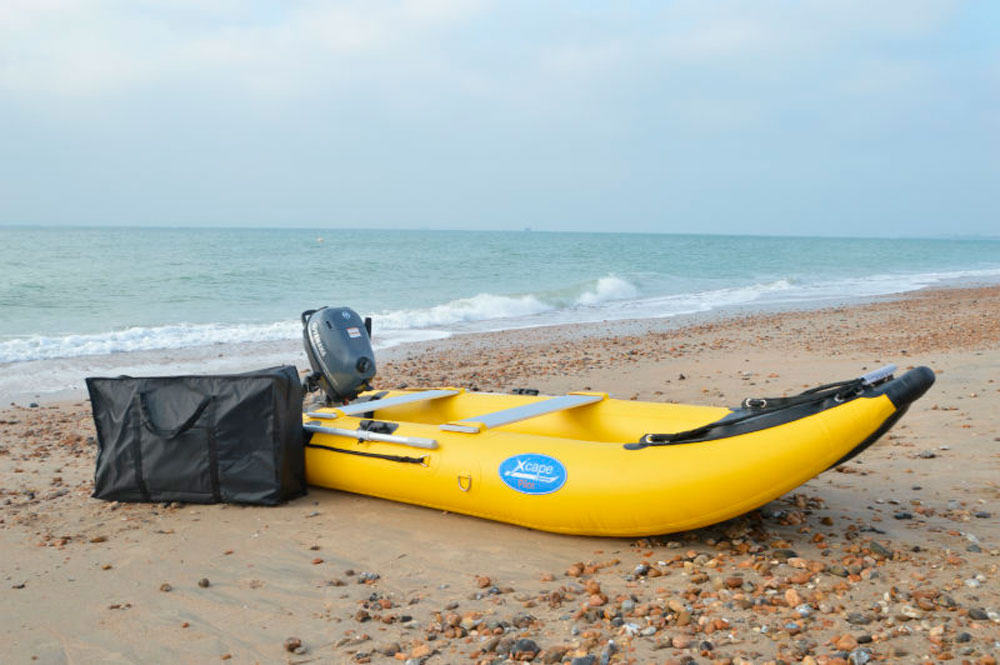 There’s nothing quite like messing about on the river and it’s a pleasure to do it in a boat like this Xcape. From a British start-up company these boats have been designed to offer a robust flotation device, but one that can be easily packed away to quite a compact size (92cm by 55cm by 50cm).

Made of 110 denier 0.9mm PVC, the Pilot is 3.65m long, 1.10m wide, weighs 30kg and is designed to carry one or two people. There are two further models, the 4m Explorer and the 2.70m Solo. All three come in a whole range of colours and can be customised with your own boat name.

Inflate easily using the supplied foot pump, or upgrade to an electric version. Power comes from paddles, but it can also be ordered with an optional outboard motor.

The Pilot starts at £895 while the Solo will set you back £750 and the Explorer is £950. All three models come as standard with a foot pump, two aluminium paddles, a repair kit, carry bag and two seats. 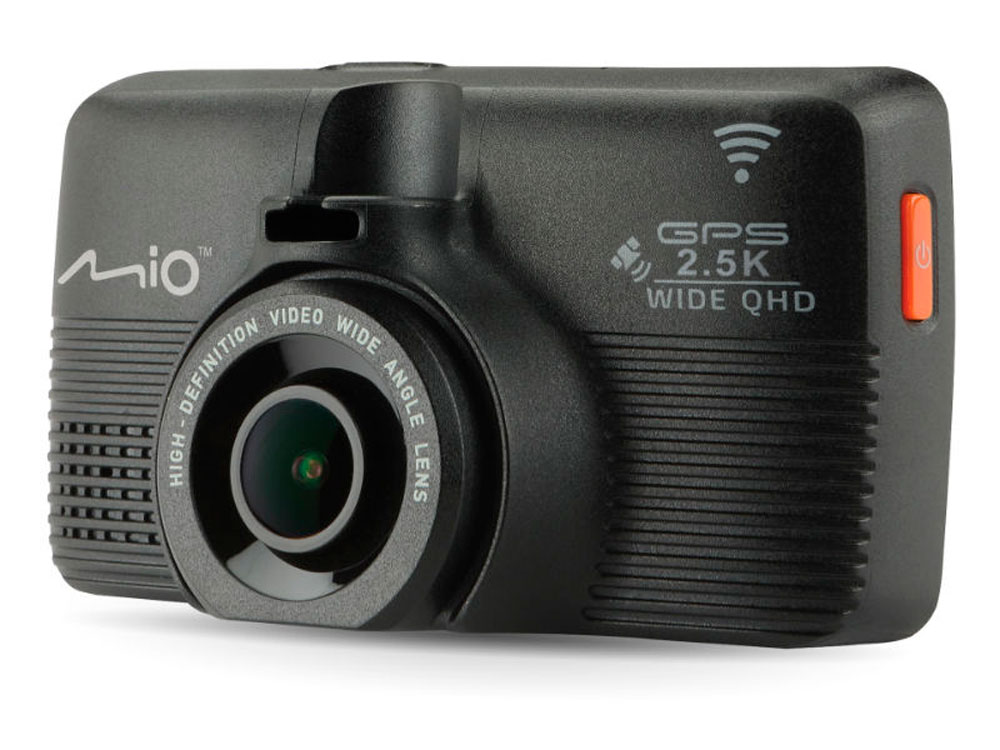 This is so easy to set up the tester didn’t really read the instructions. Unfortunately, this also meant they didn’t know about the GPS camera warnings and spent a whole three-hour journey wondering what the strange bleeping sound was. It’s a neat little device that fixes firmly to the windscreen and starts recording instantly.

Transfer the footage to a phone or tablet by WiFi or use a micro SD adaptor to load them onto your computer – you’ll also need to buy a micro SD card to plug into it.

The event function (permanently records anything unusual in driving mode) works perfectly, recording two separate incidents (jiggling of the camera to get it in the right position to start off with and pulling into an incredibly potholed layby).

However, we found it didn’t work as well in bad weather and low light conditions, so don’t rely on it to record your amazing holiday routes, although it’s more than adequate for incident reports in such conditions.

It’s a good price at around £189.99 and you can also get a version (798 Dual) that comes with an extra rear view camera. You can buy direct through Mio or via Amazon, Very, Currys, Littlewoods and more.