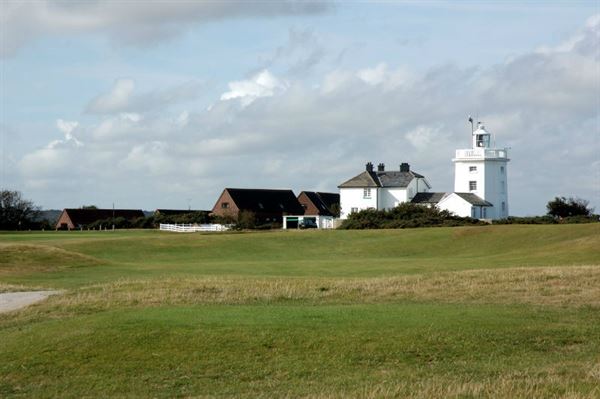 This walk along the Norfolk Coast Path takes you from Cromer to Great Yarmouth – two great seaside resorts with excellent travel connections.

The route is a National Trail, so is well signposted. In any event, this one is navigation at its most basic – keep the sea to your left, and you can’t go wrong!

The traditional Victorian seaside resort of Cromer might exude a somewhat faded grandeur, but in its day was extremely fashionable. In the late 19th Century, the town and surrounding area was immortalised as “Poppyland” by the London journalist Clement Scott, bringing wealthy visitors and even royalty. Even today, there’s plenty to look at before setting off on the walk. If it’s open, climb the 158ft church tower – the highest in Norfolk – for a terrific view of the town and coast. At the end of the pier is the current lifeboat, while on the promenade, you’ll find the RNLI Henry Blogg museum, dedicated to Henry Blogg, coxswain of the Cromer lifeboat for 38 years, with numerous medals and honours to his credit, including the George Cross.

As we set off on our walk, the cliff path leaving Cromer takes us past a bust of Henry Blogg. If the tide is out, you might like to walk the two-mile stretch to Overstrand on the beach, although you will find it slower going than on the clifftop path. At Overstrand, you’ll see the awful evidence of coastal erosion. The cliffs are receding at an average of two metres a year, and the debris at the foot of the cliffs includes bits of destroyed houses.

The village of Mundesley makes for an attractive refreshment stop, with cafes and pubs. The war memorial is somewhat unusual – the casing of a 1,000 pound bomb, dedicated to members of the Royal Engineers who lost their lives in mine clearance along the coast during and after World War Two. Adjacent, housed in a former coastguard lookout building, is Mundesley Maritime Museum – quite possibly the smallest museum in England.

Apart from being one of the places where natural gas from fields in the North Sea comes ashore, Bacton Gas Terminal is also the site of the UK Interconnector, which facilitates the transfer of gas between the UK and continental Europe. Not unexpectedly, the fences around the establishment are quite substantial! From here we pass the seaside villages of Bacton and Walcott before arriving in Happisburgh, home of the oldest working lighthouse in East Anglia. Built in 1790, it’s also the only independently operated lighthouse in Britain.

The final four miles takes us past Eccles on Sea to Sea Palling. The coast here is protected by nine artificial reefs, and the sandy Blue Flag beach is popular with families. 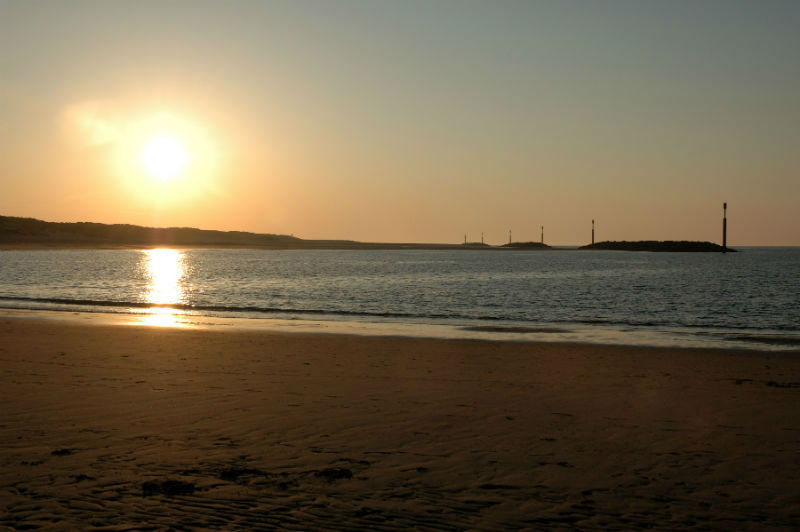 Concrete reefs notwithstanding, much of the rest of the low-lying coast along here is protected by undulating grassy sand dunes, with salt marsh beyond. The first half of the day takes us along this line of dunes, with a wonderful feel of remoteness, punctuated with the realisation that in times past, they were important enough to defend from invasion. There are many World War Two relics along here, including pill boxes and anti-tank blocks. The most extensive of the dune systems is at Winterton Dunes, a National Nature Reserve, and an isolated stretch of the Norfolk Coast AONB. Another mile of dunes beyond the village of Winterton brings us to Hemsby Beach, a collection of holiday chalets, crazy golf courses and amusement arcades – the old village of Hemsby is about a mile inland.

The route continues south past the resorts of Scratby and California, the latter of which owes its name to a discovery of 16th Century gold coins on the beach in 1848, the same year that the California Gold Rush started in the USA. Should you wish, a short diversion inland through Caister-on-Sea brings you to Caister Roman Fort, the ruins of a fort and sundry other buildings from around AD200. Past the North Denes racecourse, and we’re in to Great Yarmouth.

The expected holiday stuff is all along the front, but there are other treasures worth seeking out, including the Time and Tide Museum, which focuses on Great Yarmouth’s importance in the herring fishing industry, and the Norfolk Nelson Museum, devoted to England’s greatest sailor. If you’re not tired of walking, carry on to the South Denes, where stands somewhat incongruously in an industrial estate the 144ft Britannia Monument, or Norfolk Pillar. It’s the first major monument to be raised to Nelson after his death at Trafalgar, and the statue of Britannia at the top faces towards Burnham Thorpe, Nelson’s birthplace. 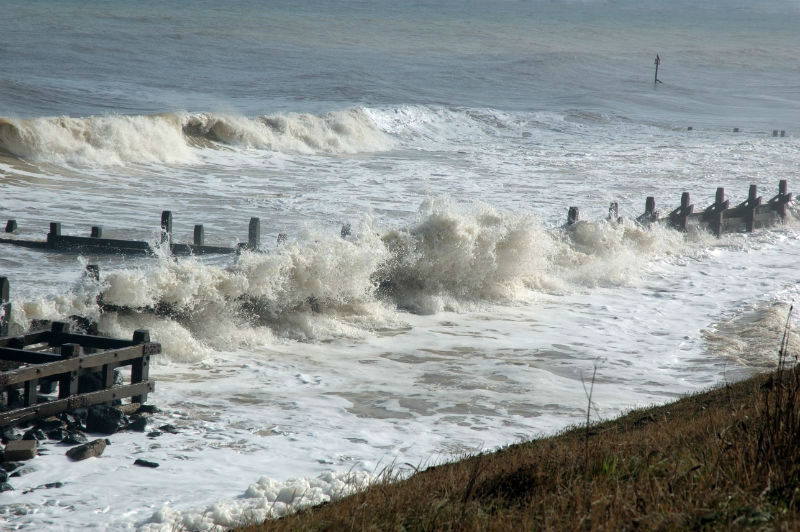 TERRAIN
Virtually level walking all the way along footpaths or minor roads. On some sections you can walk along the beach, although the going will be a little slower.

Viewranger
For smartphone and tablet
viewranger.com

TRANSPORT
Cromer and Great Yarmouth are served by rail via Norwich, and National Express coaches to Great Yarmouth. Good train and local bus services between both towns and Norwich. Further travel information from: nationalrail.co.uk; nationalexpress.com; traveline.info. 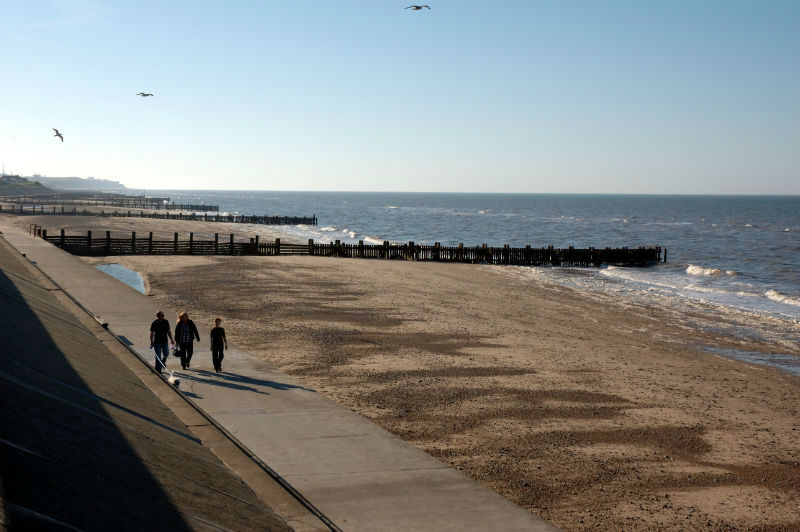